Apple’s iPhone 4 has only been on sale on Verizon for around 6 months, but it’s already stealing Android’s lunch money, according to new stats from Chitika Insights this week.

The drop in Android sales since the iPhone 4 landed on Verizon’s doorstep sees Google’s mobile OS share dropping from 51.4% to 41.1% … 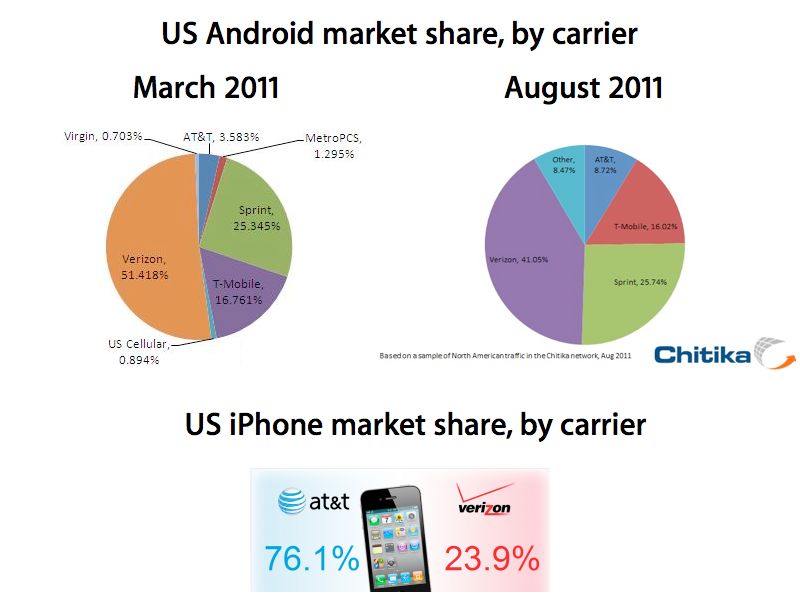 Speaking of AT&T – since the company lost its iPhone exclusivity, the carrier has been on something of an Android drive, clearly attempting to get in on a market it so sorely missed out on, thanks to its close affiliation with Apple. Despite its shift in focus, however, AT&T is still very much an iPhone-centric affair when it comes to its customers, with 76.1% of them preferring Apple’s smartphone.

Verizon’s Android figures are understandably higher, with just 23.9% of the CDMA network belonging to the iPhone..