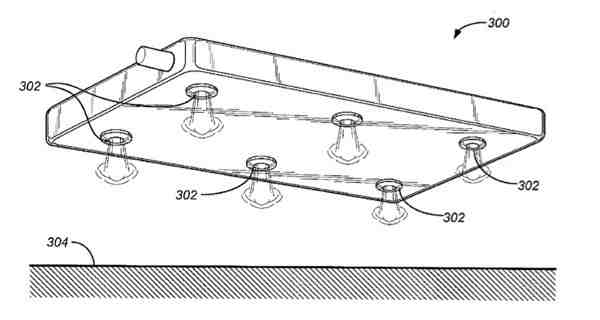 Yes, you read that headline correctly.

We all know that sickly feeling that rises in the pit of the stomach when a precious iPhone falls to the ground. You can’t do anything other than watch helplessly as your expensive piece of hardware hurtles towards the floor.

Amazon CEO Jeff Bezos knows that feeling all too well, and he’s come up with a rather interesting way of protecting falling devices: the phone airbag…

While you rush off to check the date — no, it’s not April 1st — allow me to explain how this rather wacky patent intends to work.

Most phones these days come equipped with accelerometers which allow the handset to know when it is being moved. The new patent filed by Bezos and his Amazon co-hort, VP Greg Heart, suggests that this accelerometer knows when a phone has been dropped, and tells software to deploy tiny airbags. Those airbags then cushion the phone’s fall.

Apple already uses a similar accelerometer notification system in its Macbook line of notebooks. When one of the machines is dropped, the accelerometer tells the machine to stop the internal hard disk from spinning, helping to reduce the risk of data loss.

Will this new patent eventually find its way into real phones? We somehow doubt it, but you’ve got to give the guy an A+ for effort!