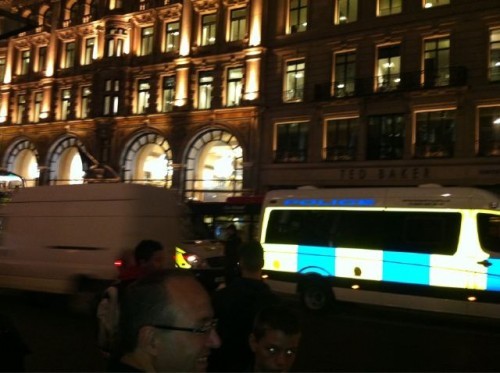 While agressive protestors were busy burning down various buildings and businesses across the UK, reports suggest Apple retail stores were granted “special attention” by the Metropolitan Police.

The first report suggests that while a 20,000 square meter Sony warehouse was being burned down, the Police were treating the protection of an Apple Store at the Oxford Circus in London as a higher priority…

Various reports suggest that all major Apple retail stores were heavily guarded by the police — more so than any other retail store. The Apple Stores were also cleared of stock in an attempt to prevent looting. And with the police on guard protecting the stores and preventing damage, Apple had maximum defense.

It’s common sense that Apple products are some of the most expensive on the market and would be one of the first to be stolen from a street full of retail outlets.

Although these defensive strategies were carried out, it doesn’t mean that no damage was done at all, and only that the full extent of the damage cannot be determined at this time.