Every week iDownloadblog brings a roundup of awesome apps for you to check out and enjoy. We try to vary our picks, but a lot of these apps usually come from the App Store. If an interesting web or jailbreak app catches our eye, we’ll include that in our picks, too. 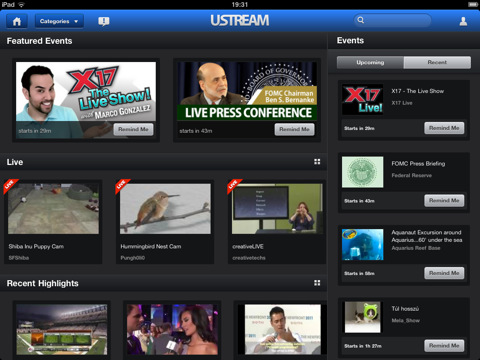 Ustream has finally updated its iPhone-only app to also support for the iPad. With Ustream on the iPad, you can watch and follow your favorite channels, as well as broadcast straight from the iPad itself! If you’re looking for a free, online streaming solution on the iPad, Ustream’s universal app may be just what you need. 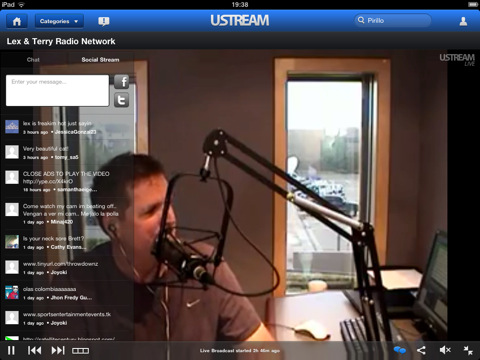 The app also supports AirPlay and social network integration for sharing your activity. Ustream on the iPad is a nice experience, and we recommend downloading the app for the free in the App Store. 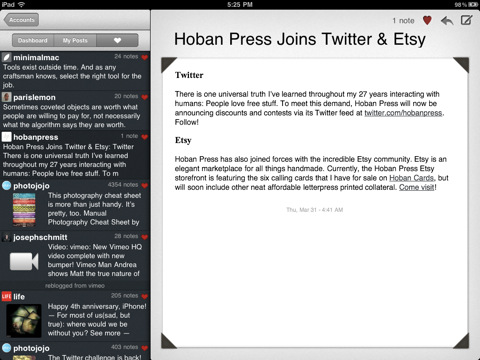 If you use the blogging/social network site Tumblr, then you may be familiar with its official iPhone app. There’s a new Tumblr app for the iPhone and iPad on the block, and she’s called Tumblita. 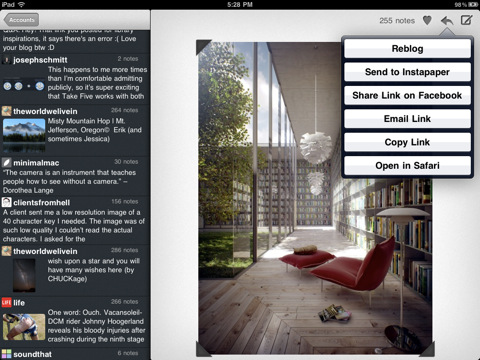 While most will probably prefer Tumblr’s own app for the iPhone, Tumblita on the iPad is really nice app for Tumblr users. Previously, you’d have to check Tumblr’s web interface on the iPad to see your feed and post content, but Tumblita lets you do all that inside a full-featured iPad app.  Some of Tumblita’s perks include support for multiple accounts, excellent customization for posting content from the iPad, support for services like Instapaper, and a streamlined viewing window for your Tumblr feed. 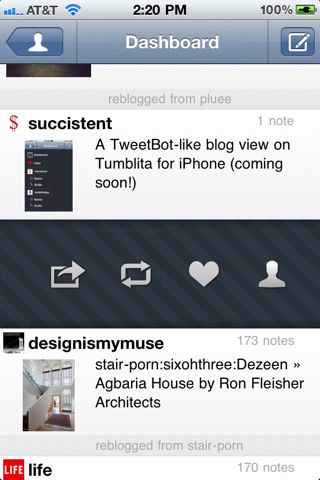 Tumblita has a lot of really cool features and an interesting look, but I have a feeling that some may not like the way you have to browse through content from other blogs. You’ll just have to download Tumblita yourself and be the judge. It’s available as a universal app for $2.99 in the App Store. 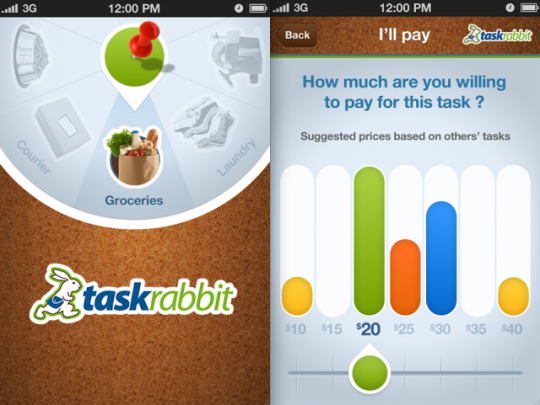 Task Rabbit is definitely one of the more creative productivity apps we’ve encountered in the App Store. The idea of Task Rabbit is that other people do your chores for you. The app ties into a collaborative service that allows you to post a task you don’t really want to do (ex: go to the grocery), along with how much you’re willing to pay to get it done. Ideally, other users will then respond and complete that task for you.

We’re a little skeptical of Task Rabbit, but the idea sounds awesome. Instead of having to take out the trash yourself, why not have someone do it for you for $5? People looking for a job are called “Rabbits,” and task categories include Cleaning, Donations, Shopping, Food Delivery, Cleaning, Donations, Delivery and Something Else.

Be cautious if you decide to give this app a try. You never know what kind of “Rabbit” you could get to do your chores for you. Task Rabbit is available for free in the App Store.

That’s it for this week’s picks! Let us know what you think of these apps. Better yet, what cool apps have you downloaded recently?