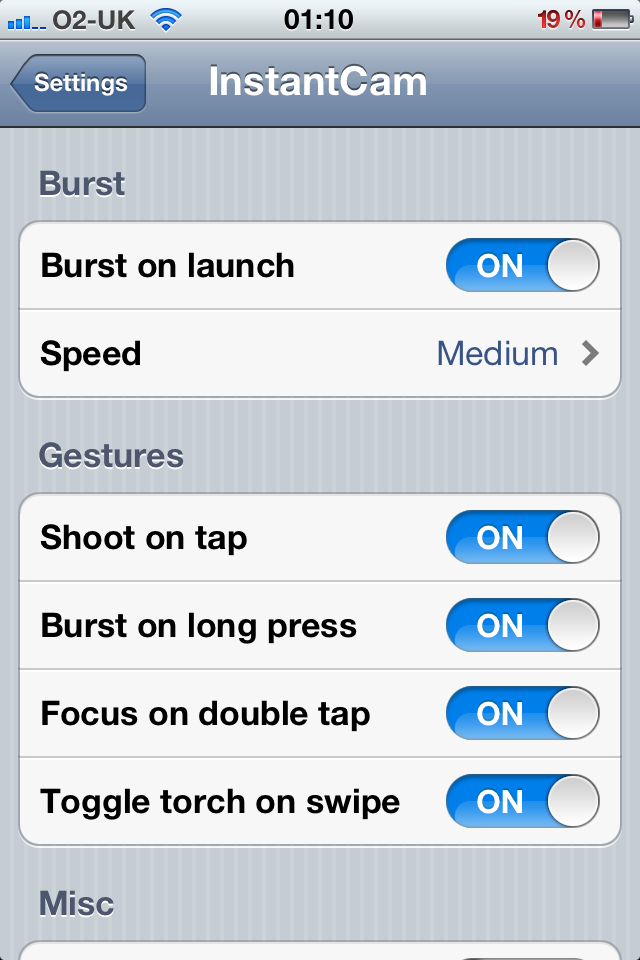 The iPhone 4 has a great camera, which makes it even more frustrating that the Camera app is just so damn slow.

It’s a common complaint. You spot the perfect photograph, but by the time you’ve tapped the icon, waited for the app to load, focussed, and finally hit the button to take the picture, the moment is gone.

IntantCam aims to stop that from happening, and it seems to work…

What InstantCam does, especially its party trick, is actually pretty slick.

Once loaded, InstantCam takes advantage of the gestures we’re all becoming accustomed to, with tapping the screen taking a new photograph and swiping turning the flash on and off.

Things get really interesting when you switch on the app’s burst mode.

Here, you can tell the app to start taking photos as soon as it launches, and to continue taking photos at set intervals which include slow, medium, and fast. In order to keep things moving as fast as possible, the app saves the photos into memory, and only writes them to your Camera Roll after you quit the app. If you’re quick enough, you can actually sit and watch them pop up one by one as InstantCam saves them. It’s genius.

We think InstantCam has the potential to capture some of the great photos we all know we could take, if only Apple’s own Camera app was faster.

InstantCam is available on the App Store right now, for a bargainous $0.99.