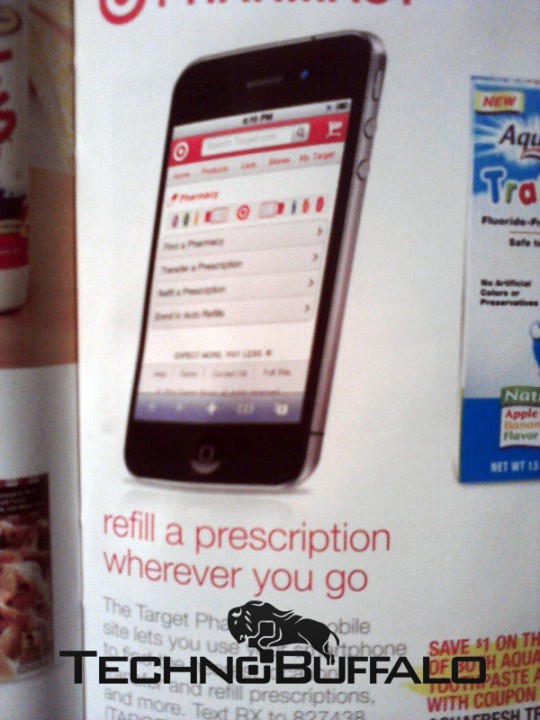 We’re not sure whether the iPhone featured in this Target ad is the work of a smart jokester in the retailer’s art department, or whether someone has inadvertently leaked an image of the iPhone 5, but either way, this is interesting — especially because it seems to tie in with those iPhone 5 case designs we published earlier.

As you can see from the picture above, the iPhone in this image shares some resemblance with the iPhone 4, however, in some ways it’s different. Most notably because of those curved edges and curved back, which seems to taper towards the bottom.

It may not have the larger edge-to-edge screen and buttonless design that has been suggested, but it certainly has the curves!

Apple’s fifth-generation iPhone is expected to launch later this year having missed its traditional annual refresh this month. The device is expected to pack Apple’s dual-core A5 processor — currently featured in the iPad 2 — a better rear-facing camera, and possibly a dual LED flash. Reports on its design have so far been conflicting, with some suggesting it will be identical to the iPhone 4, and others claiming it will sport an all-new thinner, lighter body.

What do you think? Does this Target ad reveal something it shouldn’t, or is it simply the work of an employee with a little too much time on their hands? (We’re voting on the latter.)