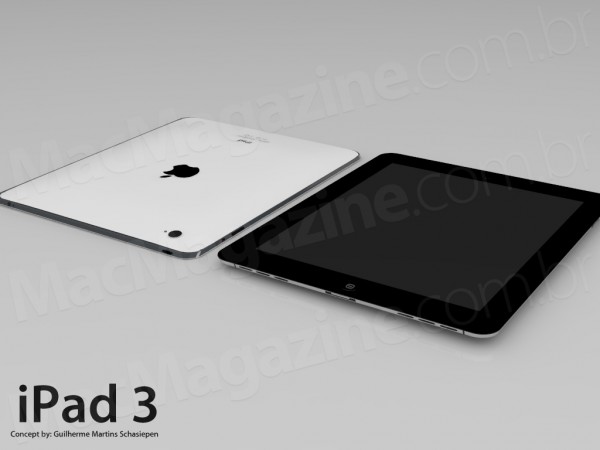 As crazy as it sounds, Apple is rumored to unveil another tablet this year. Not even 6 months after the iPad 2 launched, rumor has it that the Cupertino company will announce a new slate this Fall.

Most reports claim this new tablet will be more of an addition to the current iPad 2 model, rather than a complete redesign. Keeping that in mind, graphic artist Guilherme Schasiepen designed this concept of what he thinks the next iPad might look like…

The first thing you’ll notice about the design is the back casing. Instead of seeing the iPad’s usual aluminum back plate, Schasiepen has replaced it with a curved-glass backing that allows you to see the device’s color. He’s also trimmed .5 inches off the device. 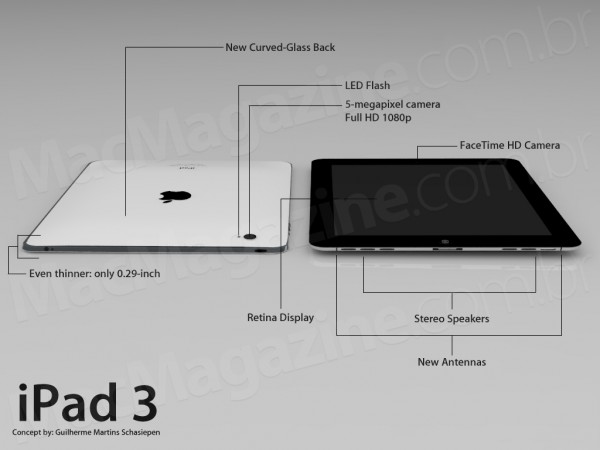 Also, on the back you’ll notice that the designer has upgraded the camera to a 5MP sensor with flash. This would undoubtedly be a welcomed improvement, as the camera in the iPad 2 is considered to be one of the tablet’s greatest downfalls.

On the front Schasiepen’s concept is sporting the rumored Retina display. He’s also upgraded the front camera to support FaceTime HD, which was introduced on Apple’s computer line earlier this year.

Finally, on the bottom of the device we see that the mono speaker has been converted to dual stereo speakers. Schasiepen has also moved the antenna from the back of the device to the bottom, which I would guess is more for form than it is for function. 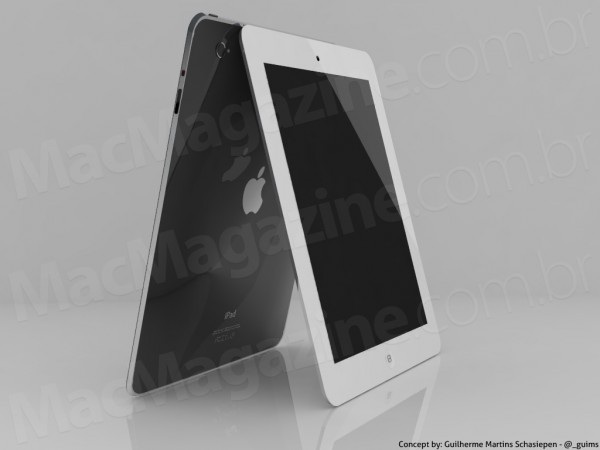 While I love the hardware improvements of this concept, some of the design details seem a bit out there, like the glass enclosure. Apple’s taken a lot of heat over the glass backing on the iPhone 4, so I just can’t see them using it on their tablets.