With Apple expected to unveil a new iPhone (or iPhones) this Fall, the rumor mill is on a rampage. It seems like everyday we hear contradicting information from people with “inside sources,” offering tidbits about Apple’s plans for the next few months.

If you’ll notice, there isn’t another company that garners this kind of attention. Why is that? It’s because over the last 30 years, Apple has been capturing the imagination of consumers with its wide range of consumer electronics…More recently, inventions like the iPhone and the iPad seem to have confirmed that Apple is capable of producing “magical” products. After seeing these devices that seemingly defy reality, you might wonder “What could they possibly dream up next?”

Well as they say, in order to know where they’re going, you have to know where they’ve been. Thus I present to you this infographic, created by Mike Vasilev, which highlights all major Apple product releases and design changes from 1976-2011: 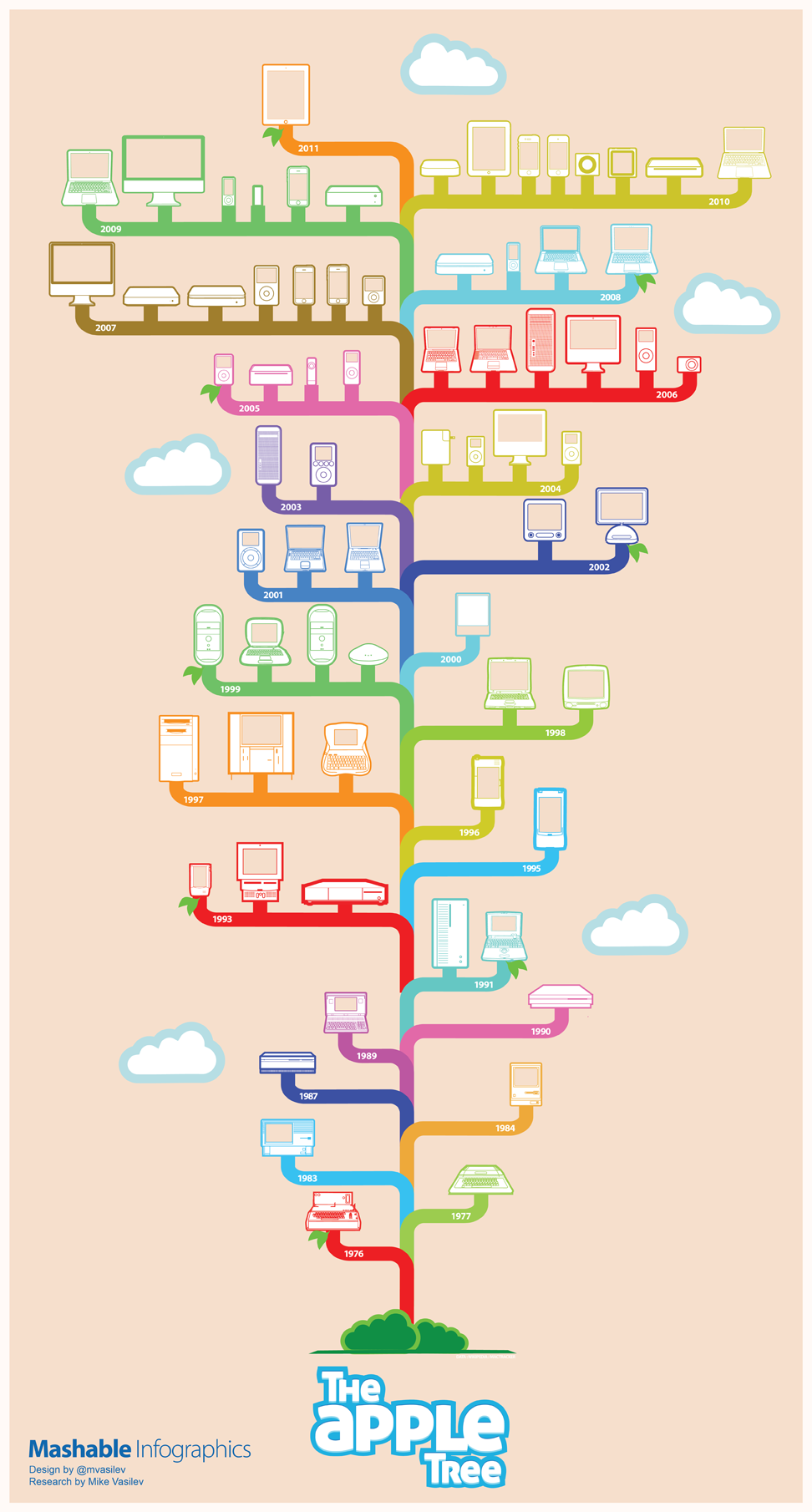 Ok, so that didn’t help us much with figuring out what Apple’s next move is, but it’s still interesting to see all of Apple’s design in one shot. Just think, if some of those key products didn’t happen, we may have never seen the iPad. Then where would we be?

What was/is your favorite Apple product?