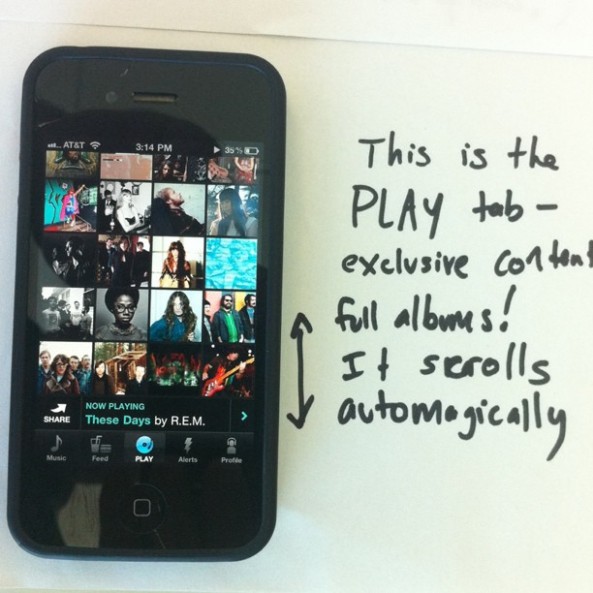 AOL, the very company that owns popular tech sites like Engadget and TUAW, has launched a new music app for the iPhone, called “PLAY.” This app is described as, “an application that lets you share musical moments with friends,” and it can best be seen as AOL’s attempt at Apple’s own social network, “Ping.”

With other services, like Spotify, offering paid music streaming in the US, PLAY offers a free catalog of popular music for playback at any time on the iPhone.

“PLAY is an application that lets you share musical moments with friends and discover great new music. PLAY not only let’s you listen to your own music on your device, it also let’s you stream SHOUTcast radio, CD Listening Party, MP3 of the day, and more, all for FREE!”

The cool thing about PLAY is that it accesses the music in your iPod’s library alongside the online content AOL offers. You can also access radio stations through the app, share music with fellow PLAY users, and even have a “CD Listening Party.”

The design of the PLAY tab’s album art view is just close enough to Apple’s own design to be comfortable, but different enough to stand out. The actual music controls work well, and I was surprised with the amount music that’s available for ad-free streaming.

AOL’s music app looks and works great, but its success is going to heavily depend on how quickly it gets adopted. There’s a good chance it could become the Instagram of music, but only time will tell.

Download AOL’s PLAY app for free in the App Store and see what you think. Let us know what you think of this app in the comments below. Will you be using it to share music that you’re listening to?

Here are some more screenshots with explanations, via TechCrunch: 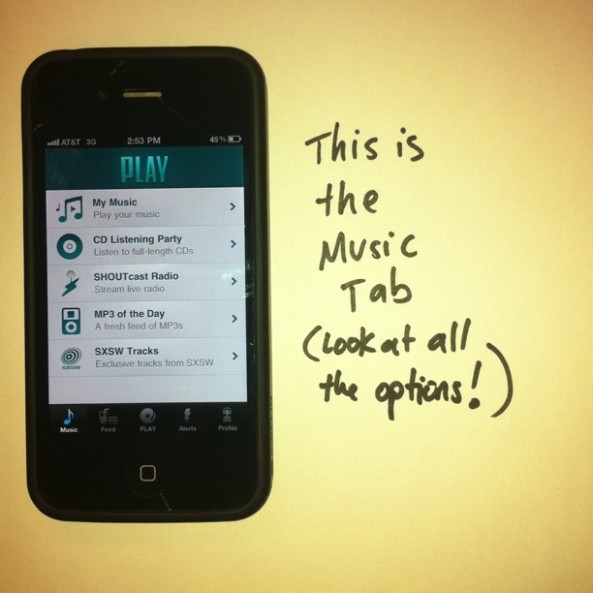 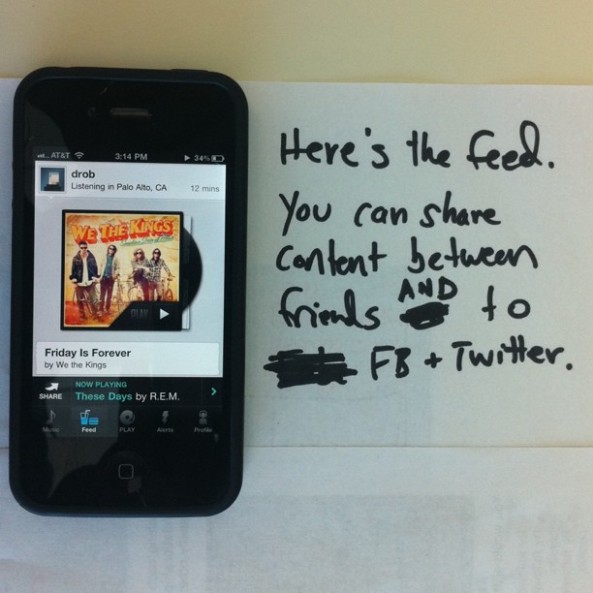 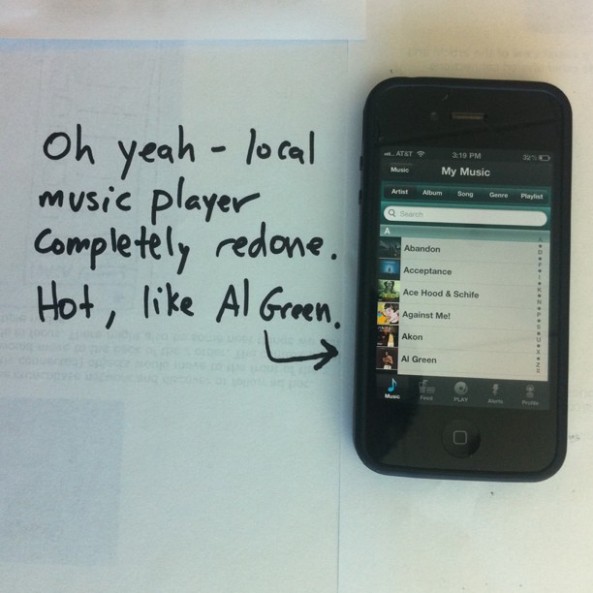 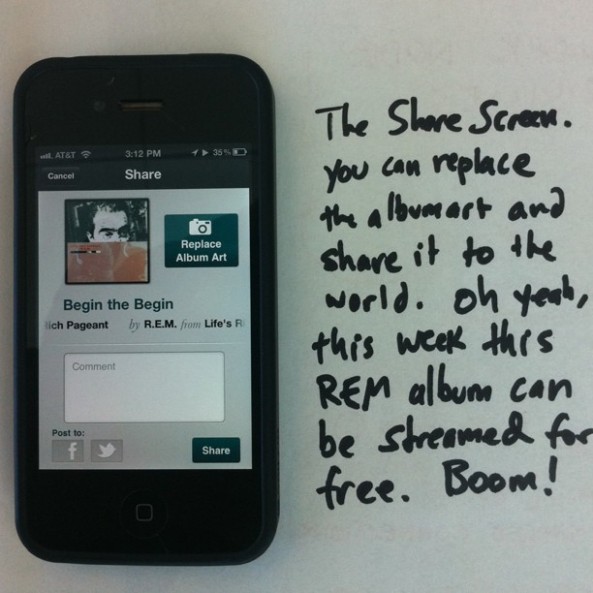