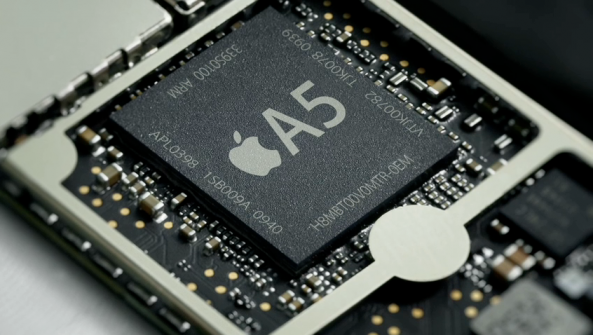 Do you have a rather large pinch of salt handy, perchance? You do? Then let us begin.

According to Chinese-language site Sohu.com, the lack of a new iPhone this year could be down to a manufacturing problem with the handset’s fancy new A5 processor.

The problem, according to 9to5Mac, is that Apple’s oh-so-clever iPhone engineers are having issues with the A5 CPU getting a tad warm, what with the iPhone being so small and space being at a premium…

It’s speculated that this is the reason for Apple deciding not to push the iPhone 5 out this year, with the company understandably not wishing to incur another antennagate-like reliability fiasco.

The iPhone 5 is believed to be a complete redesign of the current iPhone 4 model, with a new antenna expected to replace the ill-fated ‘metal band’ design that we all know and love/loathe.

This delay, it’s claimed, is what has prompted Apple to prepare an iPhone 4S model. Expected to launch toward the end of 2011, a 4S release would be a stop-gap while Apple works on getting the iPhone 5 ready for primetime. An A4 chip would be used in this iPhone 4S, though speculation that this could still be a dual-core part is beginning to simmer – gorilla glass and an 8 megapixel camera have also been the subject of speculation.

Would you be interested in picking up an interim handset, just to tide you over until Apple manages to fix the issues associated with a toasty CPU? Would you then not upgrade to the the iPhone 5, or would juicy specs see you joining an orderly line outside your local Apple Store, regardless?

You did keep that salt handy, right? Now might just be the time to use it.