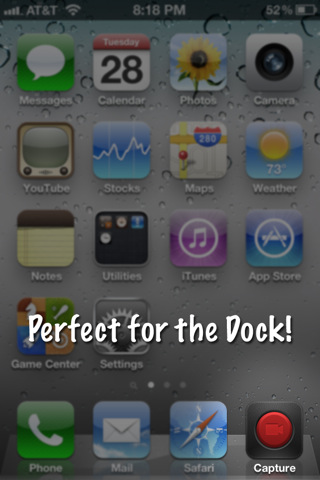 With Apple’s iPhone 4 possessing one of the best cameras for recording HD video around, it’s understandable that we all want to get as much use out of it as possible.

The only problem with the iOS Camera app is it’s just so slow to access. Add in the time taken to tap the icon for changing from still to camera mode, and chances are you’ve just missed whatever it was you wanted to film in the first place.

Capture is an App Store app that offers a much quicker way to record video on the iPhone, without the need to sit and wait for Apple’s own app to go through the motions…

As Lifehacker points out, what makes Capture so useful is the fact that, once the app icon is tapped, the app instantly begins recording – no more interaction required, no delay. The usual flash button is in there, should you need it, and tap-to-focus is also present. 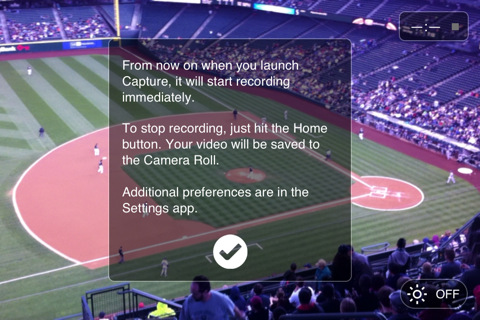 Closing the app by pressing the iPhone’s home button automatically saves the recorded video to your camera roll.

Capture is one of those apps that makes up for its lack of features and options with its simplicity and good old fashioned usefulness.

Download Capture for $0.99 in the App Store, we’re sure you’ll love it.