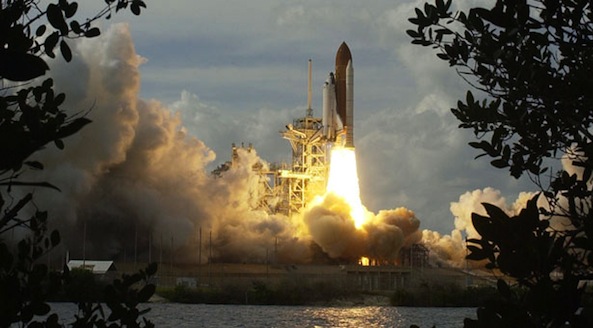 Today the space shuttle Atlantis lifted off for the last time, but its last mission is going to be remembered by Apple enthusiasts for something else as well. Captain Chris Ferguson and his crew are carrying with them two iPhone 4s. These iPhones run a special app called “SpaceLab for iOS” especially designed for this occasion by Odyssey Space Research, an engineering Houston-based company.

Through this app, astronauts are going to perform several experiments by taking advantage of the iPhone cameras, gyroscope and sensors. One of these experiments is actually quite interesting: it’s a test to see if the iPhone’s memory can be affected by space radiations.”If a smartphone can be proved to work in space,” says Chris Bridges, researcher for Odyssey Space Research, “it opens up lots of new technologies to a multitude of people and companies for space who usually can’t afford it.”

The fact that the iPhone, and especially the technology inside it, was chosen to conduct experiments in space is something Apple should be proud of. It was a smart choice by NASA as well. Why should they spend millions of dollars developing a device to conduct experiments when such a thing already exists? All they needed was an app, and now there’s one for that.