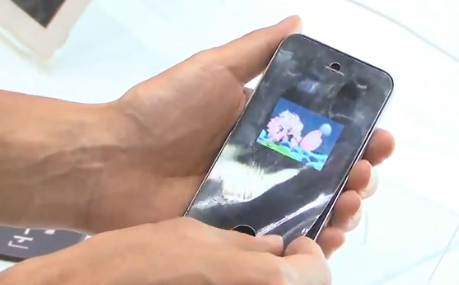 3D technology continues to be a hot tech topic. Between Nintendo launching the 3DS and HTC launching multiple 3D Android devices, it’s safe to say that the technology is going to stick around the mobile arena for a while.

Even iDevices are getting the 3D treatment, and they don’t even house any 3D-specific hardware. While we’ve already seen head-tracking technology used to simulate 3-dimensional graphics on the iPhone, this new entry doesn’t require a front-facing camera. Enter Pic3D…

Global Wave introduced their new 3D accessory this week at the 3D and Virtual Reality Expo in Tokyo. The Pic3D sheet converts your iDevice into a 3D display using a paper-thin lenticular lens system to combine side-by-side images, much like the technology used in 3D glasses.

The sheet resembles a thick screen protector. Once it’s applied, 3D images pass from the device to the screen and through the Pic3D sheet. Global Wave claims that the accessory is compatible with web content right out of the box, but it plans to release an iOS app that really shows off its abilities.

It doesn’t appear that Pic3D Sheets have started shipping yet, but word on the street is they’ll run about $25 bucks. While I admit it would be interesting to play a 3D version of Angry Birds, I still don’t see 3D as a compelling feature — especially on a mobile device.

What do you think? Would you buy the Pic3D?