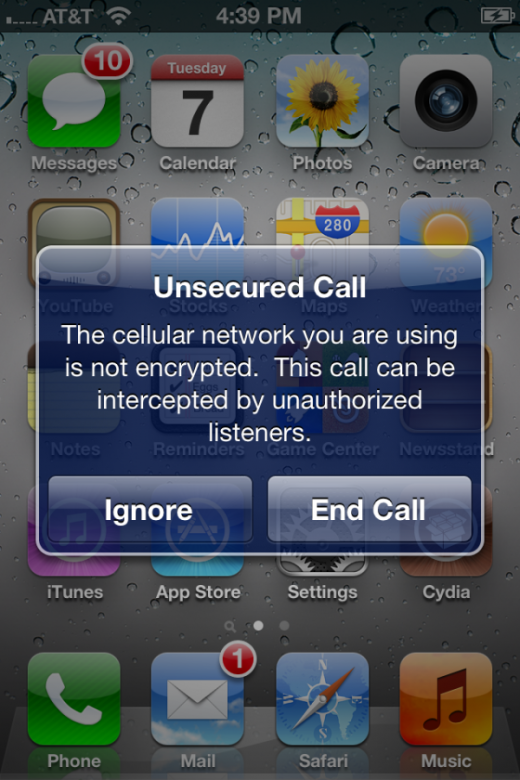 Did you know that while you’re running iOS 4 on your iPhone, hackers can intercept your phone calls and listen in on your conversations like they do in the movies? Thankfully, however, a new feature in iOS 5 will warn you when you’re at risk.

Under the first beta release of iOS 5, if you attempt to make a call that hackers can tap into, you will receive a warning to tell you that the network you’re using is not encrypted…

First discovered by MuscleNerd of the iPhone Dev-Team, who suspects the warning could be due to the growing interest in ‘IMSI catchers’, the warning reads:

The cellular network you are using is not encrypted. This call can be intercepted by unauthorized listeners.”

An IMSI catcher is a a fake GSM base station designed to trick a nearby device into sending you its voice traffic. Of course, Verizon’s CDMA iPhone isn’t susceptible to this little hack.

While this may not be a concern to you or I, for those who may be a target for phone tapping, this will be an incredibly useful feature. Now you’ll know when the FBI is on the wire.