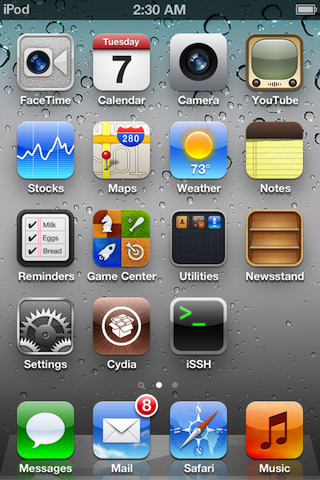 Just like that, in less than 24 hours, iOS 5 has already been jailbroken. Dev Team frontman MuscleNerd posted photos of an iPod Touch 4G sporting the Cydia and iSSH icons. So far this is only a tethered jailbreak, which requires to be plugged in the computer at every reboot.

This jailbreak is not surprising in any ways because it is using the same bootrom exploit it’s been using since iOS 4.X. Apple can only patch this bootrom exploit with a hardware update… 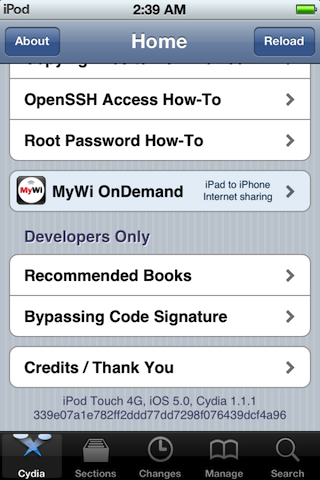 What does that mean? Simply put, it means that we’ll likely be able to jailbreak the iPhone 4 and iPod Touch 4G forever, however, new devices like the iPhone 5 and the iPod Touch 5G will most likely patch the bootrom exploit with hardware changes.

Now someone needs to come up with an exploit that would allow you to run this iOS 5 jailbreak untethered. It’s probably only a matter of time.