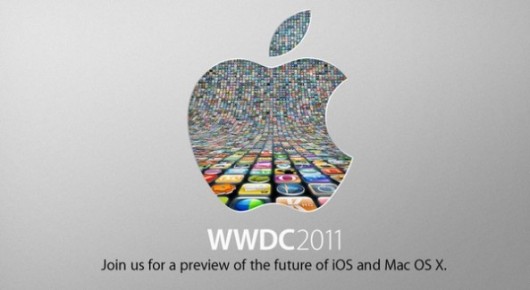 We’re less than 24 hours away from the big opening to WWDC 2011 now, and the rumors are still flying as to what we will and won’t see when Steve Jobs puts sneaker to stage at the Moscone Center. The latest buzz comes courtesy of Apple fanboy and tech pundit John Gruber, with the Daring Fireball himself sharing his thoughts on tomorrow’s announcements.

The full post goes on for a good few hundred words and re-hashes much of what the community has already speculated over the last week or so, but with one considerable exception. According to Gruber’s fourth-hand information, we shouldn’t be thinking of Apple’s iCloud as the new MobileMe, but rather the new iTunes. Intrigued? So were we…

So what does that actually mean?

Well, according to Mr Fireball, Apple’s data centers will house all of our content (such as, movies, music, iBooks, and more in the cloud) with a synced copy being pushed to all devices a user signs into. Think Dropbox with your entire iTunes folder and you’re on the right track.

While that sounds interesting in itself, think a little further down the line and the whole thing starts to get a little more exciting.

Imagine if you have a system where a user can plug his or her iTunes details into an iOS device and instantly (well, almost!) have all their content at the touch of a button. We’re also including App Store apps in that – Google’s Android already does a similar thing – meaning the days of long iTunes backups and restores just to get your apps back could be a thing of the past.

“With iCloud, that should shift to the cloud. iTunes, the desktop app, currently syncs the following things with iOS devices: audio, movies and TV shows, iBooks e-books, App Store apps, contacts, calendars, bookmarks, notes, and any sort of files shared between iOS apps. All of these things would be better served syncing over-the-air via the so-called cloud.”

For a good while now we’ve all wondered why Apple hasn’t just bought Dropbox and done away with the woeful iDisk currently included with MobileMe. Maybe someone in Cupertino was listening after all.

That’s enough about Gruber, though. You really want to know what we at iDB think will be unveiled tomorrow – check out our thoughts on WWDC and then share what you think we’ll see in the comments.