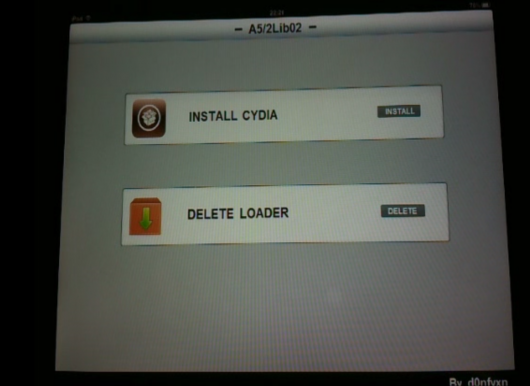 iPad 2 owners, hoping to jailbreak, have had a rough go of it. Initially, we thought the exploit for Apple’s latest tablet would be available soon after launch. Now, 2 months after its release, the latest Apple tablet has yet to have a stable solution.

If you haven’t been keeping up with the iPad 2 jailbreak situation, let me quickly fill you in.

Enter d0nfyxn, an unknown hacker with no previous history of jailbreak-related work. Over the last few days he’s been uploading videos and pictures of his iPad 2 running Cydia and Installous, which are well known jailbroken applications.

He’s not just bragging about his exploit either, he’s promising an alpha release by tomorrow. Only time will tell if he’s for real or not.

I’m definitely marking this down as a rumor until I see it working for my own eyes, it wouldn’t be too difficult to fake something like this. The fact that this guy came out of no where, and has only been a Twitter user for a few days, also makes the whole story pretty sketchy.

We’ll keep you posted on how this all unfolds, and let you know as soon as a stable jailbreak is ready.

Is anyone excited about the possibility of an iPad 2 jailbreak?