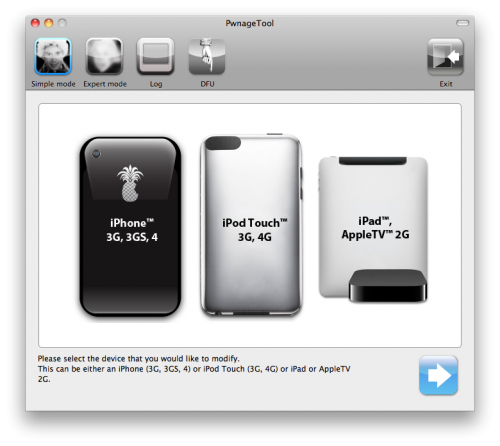 Those of you who have been waiting on a jailbreak for iOS 4.3, pay attention!  There was some major news in the community early this morning and it looks like the jailbreak we reported on yesterday could be released sooner than expected.

MuscleNerd was at it again this morning, tweeting details of the impending jailbreak announcement. The popular iPhone hacker claims that the Dev Team is looking to release the jailbreak today for Apple’s new software. If you recall, there hasn’t been an official hack released since Apple launched iOS 4.3 alongside their iPad 2.

After weeks of silence, it looks like the Dev Team is ready to drop the much anticipated software. It will become available for Mac users via Pwnage Tool and PC users via RedSn0w. For those who haven’t used either title, they are very similar to GreenPois0n which we cover here. These programs make jailbreaking your iDevice as easy as plugging it into your computer, and following the onscreen directions.

Although it is looking like the software won’t go live until late tonight, i0n1c has been telling the Twitter world that if the topic #sundayisfunday becomes trending, the Dev Team might be enticed to release the jailbreak early.

As a reminder, the jailbreak released today is only for devices running iOS 4.3.1 and excludes the iPad 2. MuscleNerd was kind enough to give those that await the iPad 2 jailbreak some info as well. Although the exploit works, he mentions, it isn’t suitable for mass distribution yet.

Original iPad owners looking to jailbreak Apple’s latest firmware, stay tuned. We will let you know when the software is available, as well provide you with an easy step by step tutorial to help you through it. Those of you with iPad 2s, keep checking back for the latest in the iPad 2 jailbreak story.

Anyone looking to jailbreak their original iPad on 4.3.1?