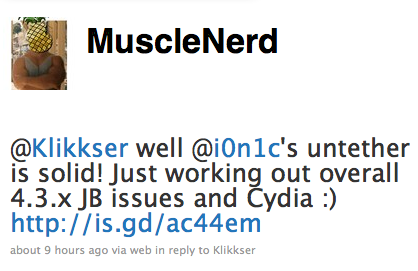 Dev Team member MuscleNerd has made it known that things are looking good as far as the 4.3.x untethered jailbreak is concerned.

On Monday, we reported on the fact that an untether had indeed been accomplished. Shortly thereafter, via Twitter, MuscleNerd confirmed that the Dev Team is implementing that untether into their upcoming jailbreak.

While there is of course no solid ETA for a release of the jailbreak, judging from the screenshot posted on his Twitter account, it’s probably not that far off… 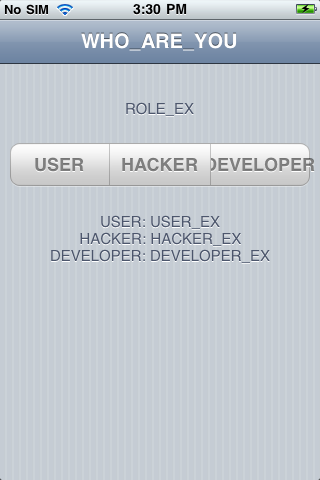 This screenshot is a confirmation that progress is being made, as the jailbreak portion has obviously been accomplished, and they’re working on getting Cydia working correctly, but aren’t quite there just yet.

I’m really looking forward to this jailbreak; reaping the benefits that Apple implemented with iOS 4.3 along with enjoying the flexibility that jailbreaking offers sounds like a win/win proposition to me.

Who else can’t wait?