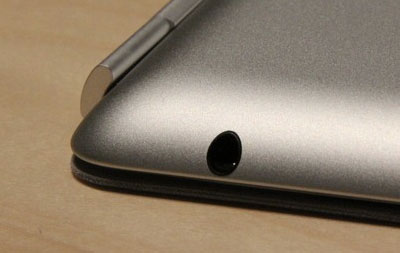 Apple has taken some serious heat over their moisture indicators in their products in the past. In fact they were sued over the LCI strips in their iPhone 3GS, or rather their placement.

LCI or Liquid Contact Indicators have been used in consumer electronics for years. It’s that little white strip that turns pinkish or red when exposed to water. If you’ve ever had a mobile phone with water damage, you know exactly what I’m talking about.

But typically in mobile phones the LCI strips are behind the battery or underneath keypads. Apple has been scrutinized for leaving their LCI strips more exposed such as in the headphone jacks and the dock connectors of their iDevices.

The placement of these strips made them extremely susceptible to incidental water damage. Sweat and other elements would trigger these LCI strips, but not do any damage to the internals of the device. This would result in extremely unhappy customers at Apple stores who were denied warranty help due to the aqua sensors being triggered.

Well 9to5mac has posted this and other photos from their friends at iFixYouri showing that Apple has removed the LCI strips from inside the headphone jack of the iPad 2. Not only that but there aren’t any in the dock connector anymore either.

The reason? It could be in response to all of the complaints that the LCI strips sometimes produced false positives. One thing for certain is that they will be replacing a lot more iPad 2s under the warranty. What’s the new procedure for Apple reps to check for water damage? Check the sim card tray for corrosion.

Have you had issues with Apple’s LCI strips before? Tell us below!