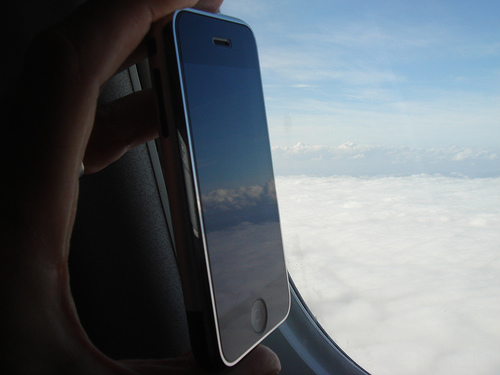 Ron Walker is a Jump Master in the US Army. Basically, his job is to make sure army parachutist are ok to jump. During one of his missions, his iPhone 4 sneaked out of his pocket, and fell 1,000 feet down. At that time, he was resigned to buy a new iPhone later.

When he landed, some of his coworkers advised him to try to track his iPhone with Find My iPhone. Seconds later, his iPhone was localized, a couple miles away from where he was…

Ron and his buddy got on an ATV and found the iPhone, in nearly impeccable condition. A few minor scratches here and there but no major damage, and most importantly, the phone was still working.

Pretty amazing for a phone that survived a fall from a 1,000 feet high at 130 knots.