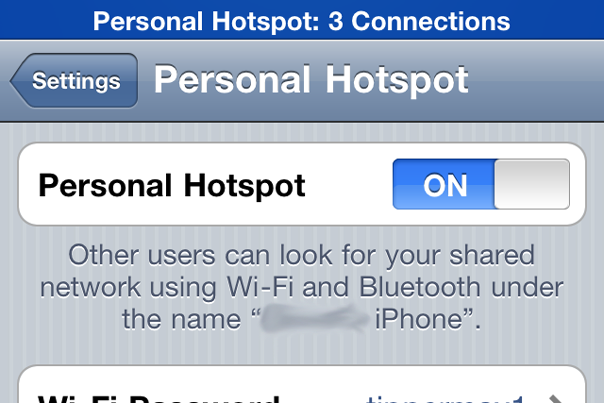 With Apple officially seeding iOS 4.3 GM to developers yesterday, Cupertino also updated its site with details regarding features the upcoming iOS 4.3 software brings. As we mentioned earlier this week, one of the features iOS 4.3 will finally bring is the long-awaited Personal Hotspot feature to AT&T iPhone 4 owners.

Although Verizon’s version of the iPhone 4 Personal Hotspot feature supports five simultaneous devices, once AT&T iPhone 4 owners get the iOS 4.3 update, they will only be able to connect three devices at once.

Now, before you start calling AT&T evil, it seems like this is an iOS 4.3 limitation. According to Apple’s iOS 4.3 features page, only three WiFi devices are supported through the Personal Hotspot connection. If you’d like to tether five devices, the other two will need to be over Bluetooth or USB. So, we would assume that means once the Verizon iPhone 4 gets the 4.3 update, it’ll probably have the same limitation.

Honestly, I don’t see this being a problem for me since I usually only tether one or two devices at a time.

Will this be an issue for you?