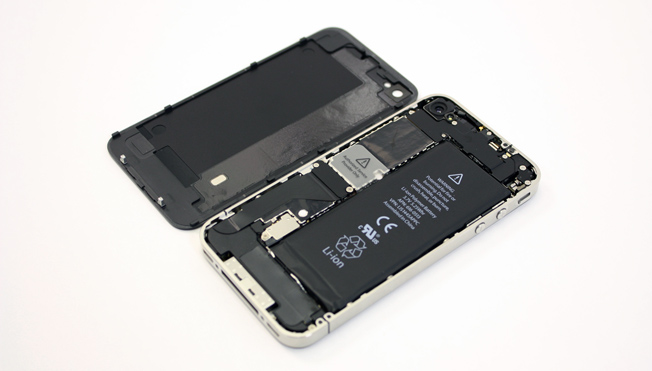 With newer, more powerful dual and quad-core processors being introduced, these processors require more and more energy to operate. Apple realizes this and is looking into possible resolutions for better battery life while maintaining the same slim and sleek profile the iPhone 4 currently has.

Cupertino has filed a new patent with the U.S. Patent and Trademark Office titled “Increasing Energy Density in Rechargeable Lithium Battery Cells,” which does just that…

The patent filing explains how a battery’s grvimetric and volumetric energy density would be improved using a “multi-step-constant-current constant-voltage (CC-CV) charging technique”. CC-CV involves charging at a higher initial constant current until the battery is almost charged, then charging at a constant voltage until the charge current drops and the battery is fully charged. While the density of the power capacity would be increased, the size of the battery, as well as its maximum charging time and minimum life cycle, would remain the same.

Basically, in English, this means that Apple is working on a new way to squeeze more power into lithium batteries without increasing the battery size, or affecting the charging time.

Although I have no problem with the current iPhone 4 battery life (which usually lasts me through the day on a full charge), I wouldn’t mind some extra juice to carry on to the next day. Not to mention, this would also allow Apple to include more features in future iPhones’ as the current iPhone 4’s battery takes up a chunk of space. Maybe a fingerprint reader?