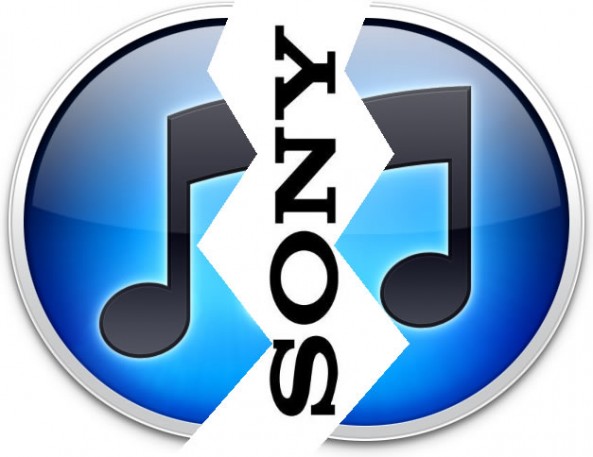 Talk about something that would hurt iTunes’ bottom line, and many hearts, including Apple CEO Steve Jobs.

Reeling after the App Store rejection of their eBook Reader app, a Sony executive has hinted that the company’s catalogue of music could have a limited shelf life on iTunes.

As you can probably imagine, Sony’s music catalogue goes waaaay back, and includes some of the most popular recording artists in music history; think Beyonce, Bob Dylan (a Jobs favorite), etc.

Would they really dare to take on Apple in this manner?

In comments from a recent interview with Australian publication TheAge, a Sony executive hinted that the unthinkable might just be a reality in the near future. Here’s what he had to say:

“If we do [get mass take up] then does Sony Music need to provide content to iTunes?” Mr Ephraim asked. “Currently we do. We have to provide it to iTunes as that’s the format right now. Publishers are being held to ransom by Apple and they are looking for other delivery systems, and we are waiting to see what the next three to five years will hold.”

His words come on the horizon of a new music streaming service for Sony dubbed ‘Music Unlimited’ — a service that will be able to stream millions of songs to a variety of devices without the need for any syncing.

It looks like this whole scenario runs a bit deeper than a few hurt feelings. It’ll be interesting to see who makes the next move in this game of chess.

As you know Apple is also rumored to be planning its own streaming service in the near future. The problem for Apple is that it doesn’t own the rights to any of the content that it provides; it’s just a middle man.

If companies like Sony decide they’ve had enough of Apple’s shenanigans, what’s to stop them from taking their ball and going home?

What are you thoughts on this situation?