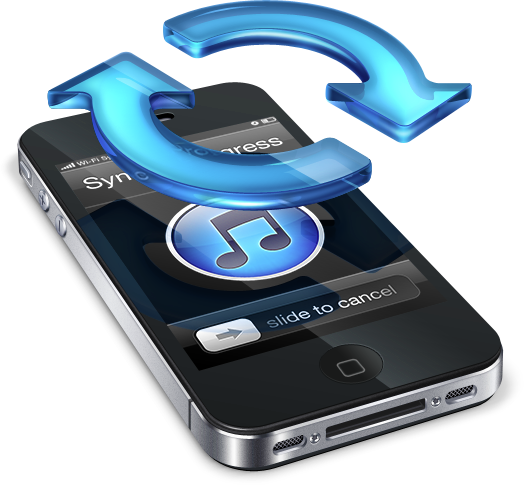 As of last night, British developer Greg Hughes has finally released the public beta of Wi-Fi Sync 2.0. For those of you who do not know, Wi-Fi Sync allows you to sync your iPhone over a WiFi network without connecting to iTunes via the USB cable.

We have been waiting for this release for quite some time, and we were quite pleased to see the developer post the link on Twitter last night. Today, if you are on the mailing list, you will receive an invitation to try it out. The bottom line is…It works with devices that were previously unsupported. The first desktop version that was released last night crashed immediately, but build 70 was released today that fixes the crashing issue. I have successfully synced my iPhone over my Wi-Fi network. Here’s what to expect:

First of all, if you were expecting 3G syncing, you’re not going to get it now. That portion of the betais restricted to a limited number of testers. Second, the desktop app is Mac only for now. Windows users will have to wait until later this month. Third, the desktop app is a native Mac app, not an installable package. This means updating it is simple, and you will have to make sure it’s running before iTunes loads. 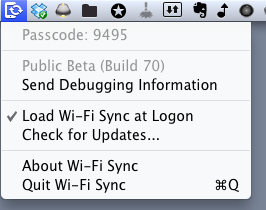 The actual interface of the iPhone app is quite bare. The developer has asked for someone with UI experience to develop the app, for right now it’s quite apparent that it is a beta only app. 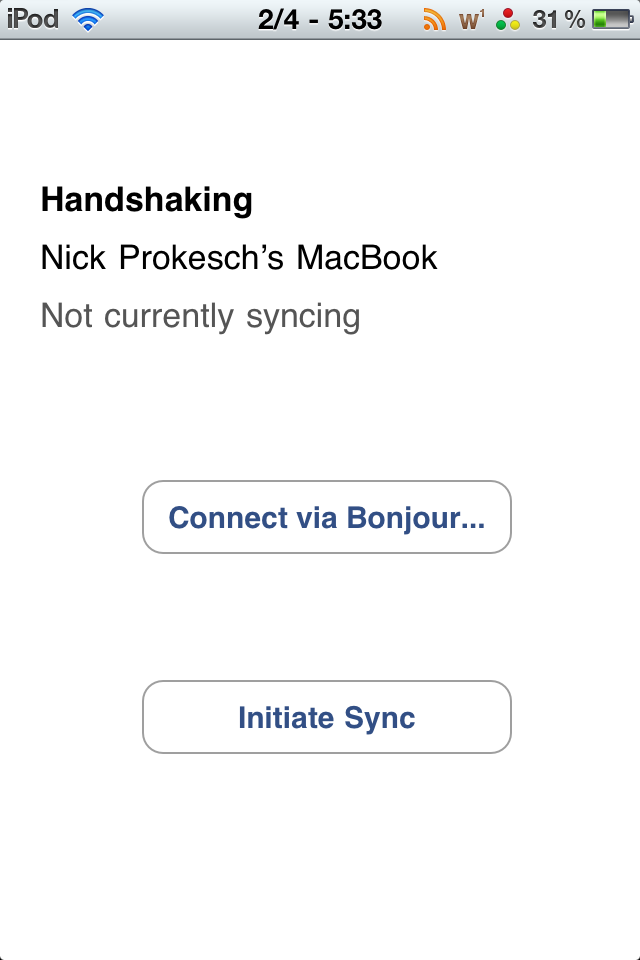 To use the app, you will be asked for the passcode of Wi-Fi Sync’s desktop app. This is located in the menubar icon’s drop-down menu. Once you pair your device, you will have the option to sync.

The first thing I noticed upon sync was that it skipped the backup of the iPhone in iTunes. I assume this was done intentionally, since backups over Wi-Fi are insanely slow. But once it started syncing, it progressed very quickly, rivaling the speeds of syncing over USB.

Another great feature is Bonjour auto-discovery. The iPhone app will find your desktop computer over your home network, making setup a breeze. According to the developer, the Bonjour integration means that the sync process also supports Bluetooth connections. If that means you can sync your device when no Wi-Fi is available, then this is very interesting (albeit slightly unnecessary unless you’re syncing your iPhone in the mountains).

To get the beta, you will need to have already purchased Wi-Fi Sync from Cydia. Once you own a copy, add the repo “http://dl.wifisyncapp.com/apt” to your Cydia sources and wait for Cydia to update your sources. The repo will recognize that you own the app and install it.

Download the desktop version from the beta website here. Do note that this is only available for Mac OS X at this time. If you downloaded the version posted last night, please download the new one from the site, as the auto-updater from the first build is non-functional.

Is this exciting enough to not care about the absence of 3G syncing? Let’s hear your experiences.