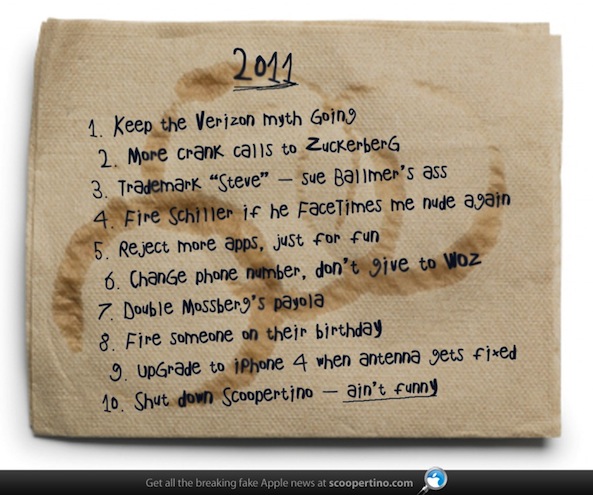 A new year is always the right time to make resolutions. I personally stopped making resolutions years ago because I wouldn’t stick to them. Instead I now make predictions, but that’s a different story. It seems that Steve Jobs does however make resolutions, and plenty of them.

Scribbled on a Starbucks napkin, Steve’s resolutions for 2011 were acquired by the Scoopertino’s Team, after a rough battle with Gizmodo, which of course laid down the money to get it first.

This is obviously fake, but I had a good laugh from it so I wanted to share that with you.