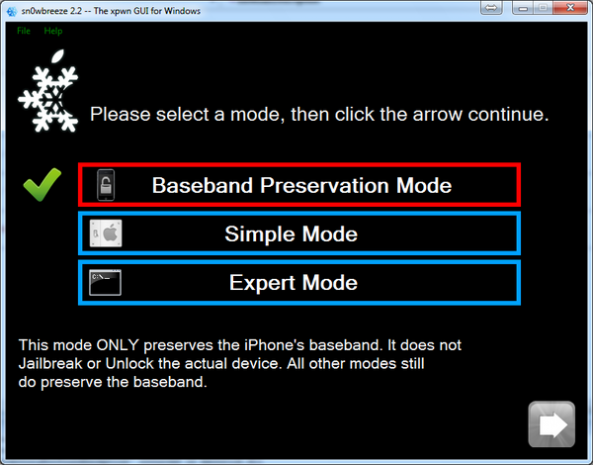 iH8Sn0w, the young developer behind Sn0wBreeze, shared a screenshot of the next version of his jailbreak tool, which will include a new mode called “Baseband Preservation Mode”.

Baseband Preservation Mode will not jailbreak or unlock your iPhone. It will apparently just update it to a newer iOS version without updating the baseband…

Sn0wBreeze could be considered as the Windows version of PwnageTool, the Dev Team’s jailbreak that preserves your iPhone baseband while updating to a newer iOS. I’ve never been a big fan of Sn0wBreeze because it usually comes with very specific restrictions that make the tool almost useless to a large majority of iOS device owners.

That’s just me though. I know there are a lot of you out there who’ve successfully used Sn0wBreeze before. No matter what’s your opinion about this tool, it’s always nice to have additional options when it comes to jailbreaking, isn’t it?