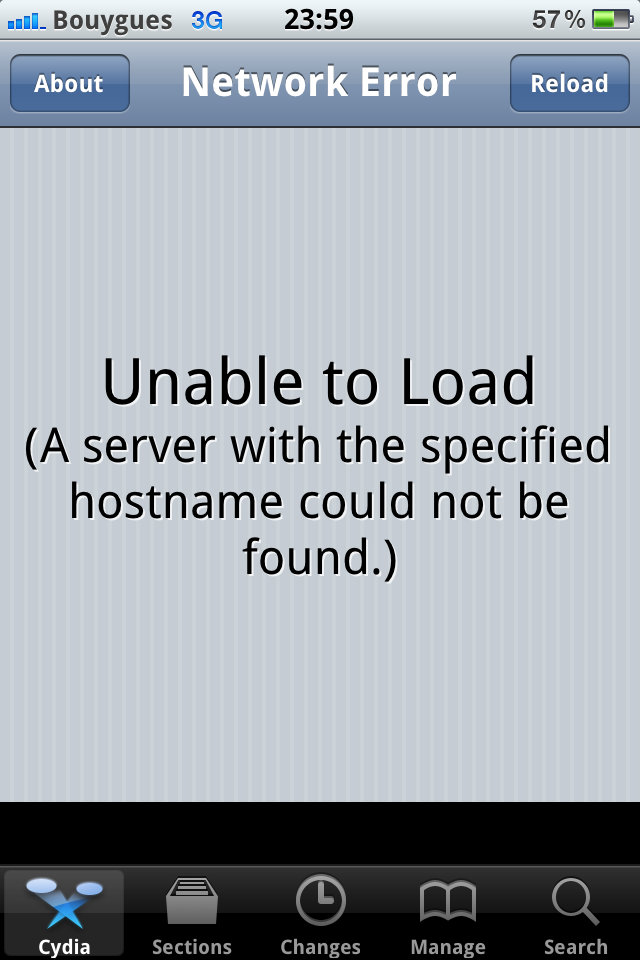 I’ve been having problems loading Cydia for a couple of hours now. After asking around on Twitter, it appears that I’m not the only one. Every time I launch Cydia I get an error message telling me it was unable to load Cydia.

With the recent release of iOS 4.2 and knowing that Cydia wasn’t working properly with iOS 4.2.1 GM, it’s not unreasonable to think that Saurik might be working on updating the homepage of Cydia…

I believe Cydia’s homepage is just a standard HTML  page, so updating it wouldn’t change anything in the way Cydia currently works. It would just be a cosmetic change.

Even though Cydia’s landing page is not working now, you can still install and uninstall apps as you wish.