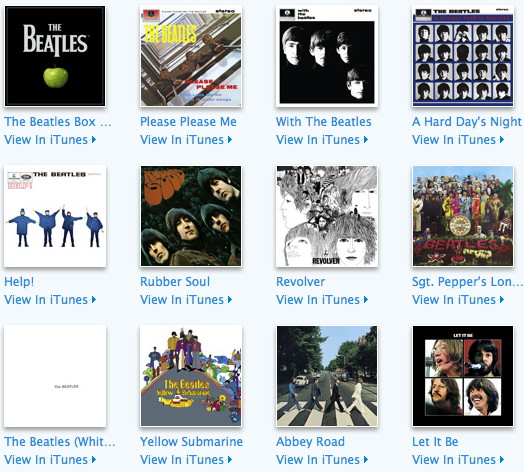 Just like we reported yesterday, iTunes big day we “will never forget” is about bringing the Beatles to iTunes. Personally, that’s a day that I will forget in 5… 4… 3… 2… 1…

All jokes aside, the Beatles coming to iTunes is kind of a big deal, at least for the music industry. Devin Coldewey of CrunchGear explains to us why it matters:

So why do we care? Because this is one of the last times you’re going to see the recording industry in a position of power. It’s like seeing a majestic Dodo in action for one last time. The obstinacy that has led to doing things the same way since the 50s (there are likely LPs that have been in print that long, being sold the same way, like produce) at last is running out of steam.

The last barriers between old and new distribution are beginning to be dissolved, and the staunchest objectors (in this case, those in charge of the Beatles discography) are being forced to act. So while there will be dissections of the deal done by industry lawyers, agents, and musicians, any advantages gained now will be eroded over time; the distribution power struggle is forcing out obstructionists and inefficiencies, and how far that will go, nobody knows.

So in case you hadn’t had time to digitize your Beatles collection, now you can buy them in iTunes.

What do you think? Surprised? Excited? Disappointed?