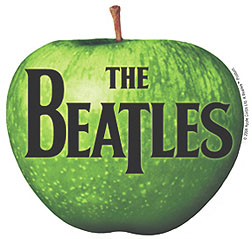 Earlier today we told you about Apple having a big event tomorrow, which is centered around iTunes. At the time, we speculated that the event will most likely be to introduce iTunes Cloud, a service that would allow you to stream music from iTunes, anywhere you are.

Well, it looks like this is not going to happen, at least not tomorrow. According to the WSJ, Apple will announce tomorrow that they finally have the rights to the entire Beatles catalog and that it will be available on iTunes…

Clearly not as exciting as iTunes streaming, this even will still be a major milestone for both Apple and EMI:

The agreement represents a watershed in a fraught, decades-long relationship between two of the biggest icons in their respective fields. The two sides have traded lawsuits since 1978, when the Beatles alleged that the computer maker, then known as Apple Computer, infringed on the band’s trademark. That’s because the Beatles in 1968 created a wholly owned entity called Apple Corps Ltd., that acted as an arts-promotion company and owned Apple Records. Though EMI retained ownership of the Beatles recordings, the Apple logo was printed on their albums.