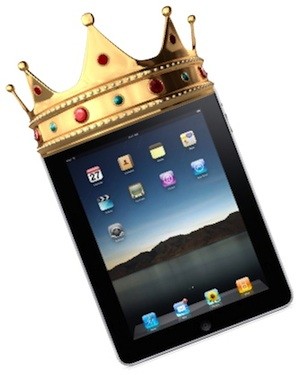 Yes folks, this is official… With over 8.5 million units sold in less than 6 months, the iPad os the best selling gadget ever made, at least according to Bernstein Research. a financial firm that tracks iPad sales.

The iPad smashed industry records earlier this year when it sold 3 million units in its first 80 days on the market. Third quarter sales were in the range of 4.5 million units, and overall it’s estimated that Apple has shipped about 8.5 million iPads to date worldwide.