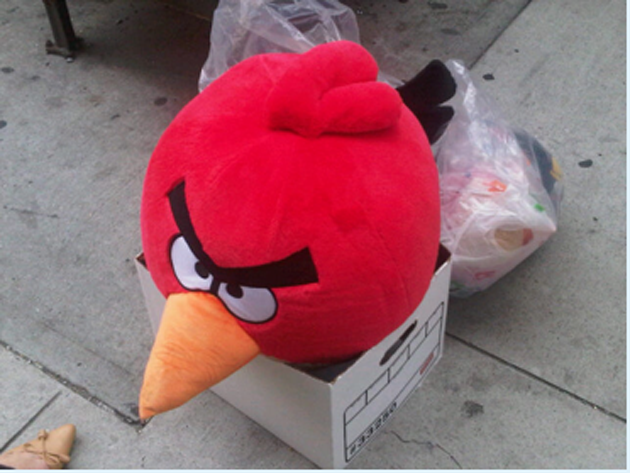 Last month we reported that Angry Birds creators wanted to push their success a bit further by turning the famous birds into a movie and toys. While the movie still seems like a stretch to me, I never doubted we’d see some Angry Birds toys hit the shelves. It seems it’s now just a matter of time.

Some guy was walking the streets of NY when he saw a woman carrying a box of Angry Birds plush toys. He snapped a picture and asked her more about the toys. Apparently they will be in stores early 2011…

I wonder if they make funny noises when you squeeze them.

Too bad I’m too old for one of those Angry Birds.  Would you buy an Angry Bird stuffed toy?