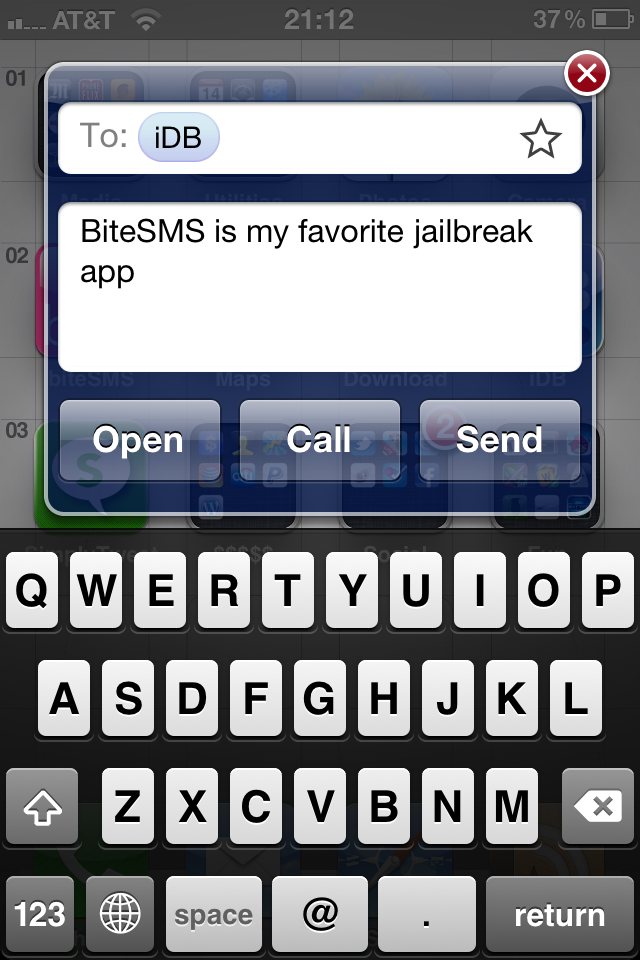 I always try to cover the latest jailbreak apps for iPhone here on iDB, and from time to time I stumble onto some real gems. But let’s be honest, I don’t know everything there is to know about jailbreak apps, and I think I might be missing a few good ones, which is why I’d like to know what your favorite jailbreak app is.

Let’s put it this way… if you had to go to a desert island and you could only have one jailbreak app on your iPhone, which one would it be? I know, it’s stupid but you get the idea…

So I’ll go first! My favorite jailbreak app lately is BiteSMS. I know, it’s been around for a while but I had forgotten about it until a couple months ago.

If you don’t know BiteSMS, it basically enhances the native SMS app by allowing you to send/read/reply to SMS from anywhere on your screen, without having to launch the SMS.app. One feature I really love too is the ability to quickly compose an SMS from anywhere by simply hitting a button, which can be configured via Activator.

I’m always on the lookout for new great jailbreak apps so please share your favorite by leaving a comment below.