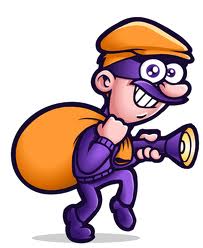 Vincent Hunter was visiting relatives in Connecticut when his iPhone sounded an alert that his motion detectors were going haywire in his Dallas home.

When he opened the app on his iPhone he witnessed two burglars attempting to break an entering as he dialed 911.

iCam was the application he had installed on his phone, which is available in the App Store for $4.99. The app allows you to stream live video to your iPhone from up to 4 different webcams.

The Dallas Morning News reports that Hunter received the alert via text message and watched the entire sequence of events unfold. After struggling to get into the house, the would-be robbers tossed a brick through his glass doors.

Minutes later, the webcam feed showed 2 police officers arrive at the scene. As for the thieves, they apparently got away. This just goes to show that you should never visit your relatives out of state.