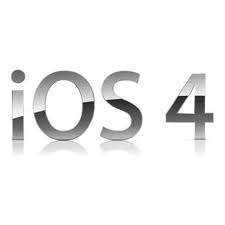 Earlier this Month the 3rd round of Beta was handed out to developers and the list of fixes doesn’t technically include some of the biggest issues people have had with the iPhone’s operating system. The proximity sensor or Bluetooth Connectivity don’t make the list, but I have beliefs that Apple is working on them secretly to keep the issues asleep.

Neil Hughes from Apple Insider mentions increased performance in both of these important areas and points out a few obscure fixes as well. Steve Jobs said in July that the proximity sensor issue would be dealt with in an update but hasn’t said a word about the topic since. Again I say to keep the issue quiet.

FaceTime over email and Game Center are the other 2 big features that have been tested in the newest version of iOS. The video calling via email is said to be in correlation with the front facing camera in the newest iPod Touch rumors, while Game Center allows users to compete against each other in a social network sort of way.

With iDB reporting that an update for iPhone 3G users running slow on the latest operating system, it sounds like a useful update will finally come to iOS 4.1 as well.

What other fixes would you like to see included in this round or in future tweaks? Tell us your wishes in the equal opportunity comment section below.