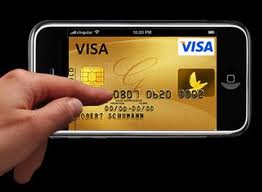 Apple announced its hiring of Benjamin Vigier, who for lack of a better word, is an expert of Near Field Communications, or NFC as it’s referred as. Computer World’s Jonny Evans has posted a lengthy blog that outlines what he says is an inevitable transformation of the iPhone as we know it.

How so? Evans believes that the next-gen iPhone will be designed to, and be capable of handling specific tasks such as scanning your device to pay for things like airline tickets, to fingerprint recognition passkey protection. Sound scary? Yes and no.

Apple itself already has patents in the NFC area. Some of those are airline ticketing and boarding pass apps, concert and sporting event applications, and other mobile payment services. Patents named iPay, iCoupons, and a file transfer patent named Grab & Go, are already part of Apple’s patented army.

It doesn’t stop with software though. Apple has already patents on NFC able iPods, controllers, TVs and iPhones. If this comes to fruition, users could play their favorite iTunes playlist from any, yes any, available output jack they were in the vicinity of. Public transit is included in the arenas Evans touches on in regards to steaming your music on, however suggests that recommendation software would be used “to output tracks most likely to be enjoyed by everybody in the carriage”.

With added functions comes added security risks. Seems Apple is well aware of this, and a ITwire paraphrases the background behind fingerprint recognition capabilities. It reads:

What will power all these new capabilities? Evans points no further than to Apple-developed processor based on ARM’s Cortex A9. This is its codenamed follow-up, “Eagle”, which is said to boast speeds topping out at 2GHz. Where do I sign up?

Of course the majority of this is speculation, but not unfounded by actual hirings and patents held. Will the iPhone 5 replace even the most mundane of tasks? Is paying for groceries, cigarettes, etc, something you would like to leave up to your phone? Or does this furthering of our reliance on technology scare the bejesus out of you? (if so let me know exactly what a “bejesus” is). As always, let iDB know what you think of your iPhone replacing the wallet functions as you know them in our well oiled comment box.