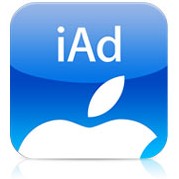 The Wall Street Journal is reporting that Apple’s “revolutionary” advertising service iAd is off to a slow start due to Apple’s demand for having creative control. This doesn’t surprise this author since everything Apple does usually has to have their “unique” stamp of approval.

According to executives, advertisers aren’t typically used to having the outsourcer having such a ‘say-so’ when it comes to the implementation and design of such ads. This process has left the building of the advertisements to take 8-10 weeks time, from brainstorming to completion. The delay is said to rest in Apple’s hands, which partners say is taking 2 weeks longer than usual.

Some of this should be expected as the program is relatively new. The ads didn’t start showing up until July 1st, and are only viewable on iOS 4 devices. The said-to-be interactive experience inside the ad, combined with the “iAd” logo in the corner, is supposed to make users more likely to click on the ad. The owner of the app where the ad appears then gets 60% of the revenue.

One of the kinks in the development comes from the HTML 5 format in which the ads created on. Apparently Apple has kept a lock and key approach, and hasn’t even released a dev kit to the partners. This would of course be extremely helpful in identifying the limits and abilities within the advertisement. Another item of confusion, and a big one, is that Apple hasn’t told agencies where their iAd will appear, which in turn makes the company play hide-and-seek in order to locate their product. Why companies are allowing this to happen is beyond me.

While this sounds like a glum start to a highly touted service, Nissan and Unilever are reporting wonderful starts to their iAd experience. The LA Times reported the companies are reporting that users have been 5 times more likely to click on an iAd, in oppose to the regular ads they carry. Dictionary.com is saying they have been able to charge 177% more for ad space since the iAds hit the market. I can vouch in saying I have clicked on a few iAds, however mostly because they are new.

I think this will all be ironed out as time goes on, and people will move on to hating iAds just as much as they do regular old fashioned ads. Thoughts?