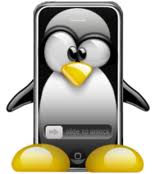 In a recent interview with Wired, Jim Zemlin, the Executive Director for Linux (yes that Linux), gave his opinion on the present and future state of the App Store. Why anyone would ever look towards Linux to give you a mobile business opinion is beyond me. However, Zemlin had a few points I’ll highlight for you.

Zemlin says that Apple’s status with the App Store is “totally within reach”. Then states that the top 10 pages are “the only ones that matter”. Already it was hard to take him seriously with this sort of rhetoric. If the App Store is so reachable, let’s have the competitor. As far as the top ten page being all the store has to offer, I won’t insult your intelligence by even offering up a defense to this lunacy.

When asked how the App Store model will change, the exec claims that developers aren’t going to pay 30% forever. Instead he claims that an “App Warehouse” will be used, servicing carrier stores. Of course he follows by saying that this will cost the dev 15-20%, and the warehouse will (conveniently) run Linux. Yes, I’m serious, he really thinks this.

Wired sort of set him straight throughout the exchange, noting that businesses want to be on the iPhone, etc. The word of mouth, and easy accessibility that is integrated into having your service or product in the App Store, is priceless. Even the Linux boss himself noted how well Apple has implemented a savvy UI into its selections.

There is much more in this piece than I cared to cover, mostly because it’s not iPhone (or even Apple) related. I will say that it seems a bit presumptuous to think that the App Store can or will be overtaken as easily as it is to say such. Fact is, most people who don’t even own a smart phone can tell you something about Apple’s App Store, or the iPhone for that matter. And Linux? Many of those same people would probably have to Google it. Whattaya think?