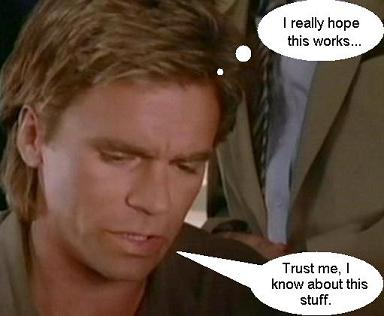 Welcome to episode #649 of the iPhone 4 antenna issue program. Since Apple doesn’t seem to be doing anything to fix this annoying issue, we have to be inventive and figure out our own way to get things to work as they should.

A discussion in the Mac Rumors forums suggests that the issue could actually be from the SIM card itself.

I just tried this. My sim contacts were under the edge of the tray too. I cut a piece of electrical tape to exactly cover only where the gold contacts of the sim touched the tray. I went back to the exact location in my house where I had 1 signal bar. I now have 3 signal bars. Unreal, I can’t believe this did anything. Tested before and after with a bumper on the phone. I’ll keep an eye on the performance outside the house tomorrow. I don’t want to jump to conclusions that this helped my iPhone reception without more data. Looks promising so far though!

What seems to work for this guy didn’t work for others, me included. Hey Apple, we’re still waiting for an official statement from you about the issue!