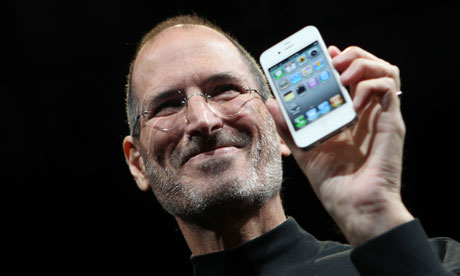 So in case you have been hiding in a tiny rabbit hole in fear of nuclear war for the last year, Apple has announced a new iPhone, iPhone 4. And what originally started out as a product you could only get online, in an Apple Store, or in an AT&T Store, can now be purchased from just about anywhere.

It seems that Wal-mart has just added their hyphenated name to the long list of retailers that will carry the iPhone 4 at launch date. Among those names are stores like Radio Shack and Best Buy who have carried Apple products for quite some time, but are still a surprise to most, as participants in the typically chaotic iPhone launch date.

If you’re like me you’re just glad that hopefully this will absorb some of the lines of customers at the stores, and maybe mean that there will be enough iPhones to go around. I don’t know though, since AT&T decided to make everyone and their dog eligible for an iPhone 4 upgrade, there’s no telling how crazy this launch day will be.

Will you be waiting in line or will you pre-order online?