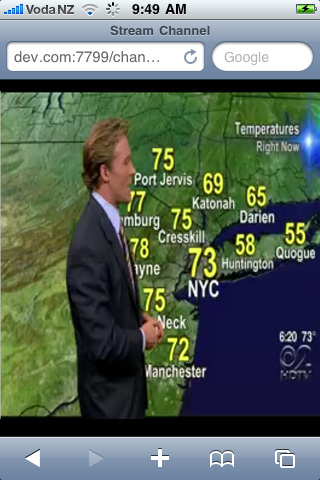 Do you want to watch live TV on your iPhone, iPod Touch or iPad? It’s now possible thanks to Hauppauge and their WinTV-HVR TV tuner boards.

According to the company’s press release:

Soon available for $9.95, the new WinTV Extend feature will take the live TV signal and transmit it over the Internet where it can be received by any web browser via Safari. More details will be available on Hauppauge’s website soon.

I’m not enough of a TV fanatic to make use of this but you might… What do you think?