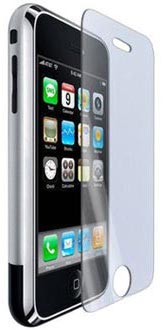 iPhone screens are made of durable glass that nearly impossible to scratch. This move comes as no surprise but it should make one wonder why Apple decided to sell these screen protectors in the first place.

Since the purchase of my iPhone [3GS] last July, I have invested roughly $100 on different screen protectors in hopes of finding the perfect one. Today, I swear by not using screen protectors since the iPhone screen has proven itself to be very durable and nearly scratch resistant. I do have a small scratch towards the bottom right corner but it’s nearly unnoticable except when screen is black. I can even recount how it happened and, to this day, I am still amazed the scratch is as small as it is.

Do you use a screen protector? If so, will this move affect the future of your iDevices? Please share you opinion.