The game concept is simple (for now). You have one “pool” to skate in, two skaters (Bucky Lasek and Omar Hassan) , around 20 boards, and a bunch of wheels. One thing that is really cool is how you can customize your deck. You choose the skateboard and then the wheels you want. You play by tilting your device in the way you want your skater to move. You do tricks by swiping on the screen (it’s not so hard, really). And as to graphics, they are really good. Screenshots don’t really do it justice but take a look: 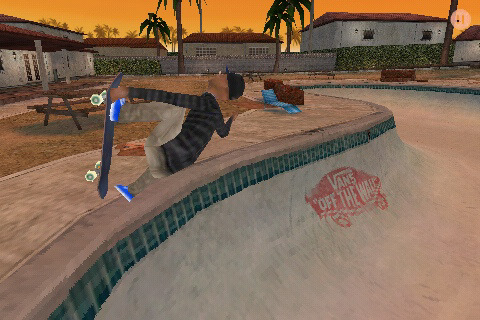 The game features a Career mode in which you must skate and accomplish certain achievements to unlock events. Overall, the game is quite fun. Plus it is unique. But I must say, it IS a bit short. However it’s not extremely short and it is not the kind of game you will get bored of.

My experience with the game so far has been great. There are a few bugs here and there but nothing major and it is getting fixed in an upcoming bug-fix update. The physics feel realistic, and the controls are very well implemented. I have no complaints (just requests for things to add in update 🙂 ).  As I said the screenshots don’t do it much justice, but the video does give you a better idea:

Vans SK8 is currently priced at $4.99 . In my opinion the game is well worth it.  It brings iPhone one game closer to other consoles. Great job done by Fuel Industries, congrats on making the iPhone’s first skateboard game. It’s great!

Oh and for those wondering, this is my current score: 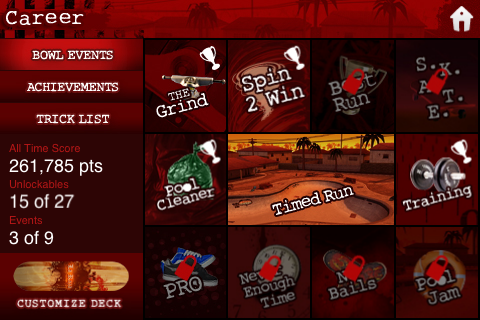 If you go to the iTunes reviews for the game you will see some really bad ones comparing them to SK8 Half Pipe. Ignore these. They are fake. The person who wrote them only has written a review for Vans SK8 (saying it was bad) and then one for SK8 Half Pipe (saying it was the greatest thing). Proof? Here you go: 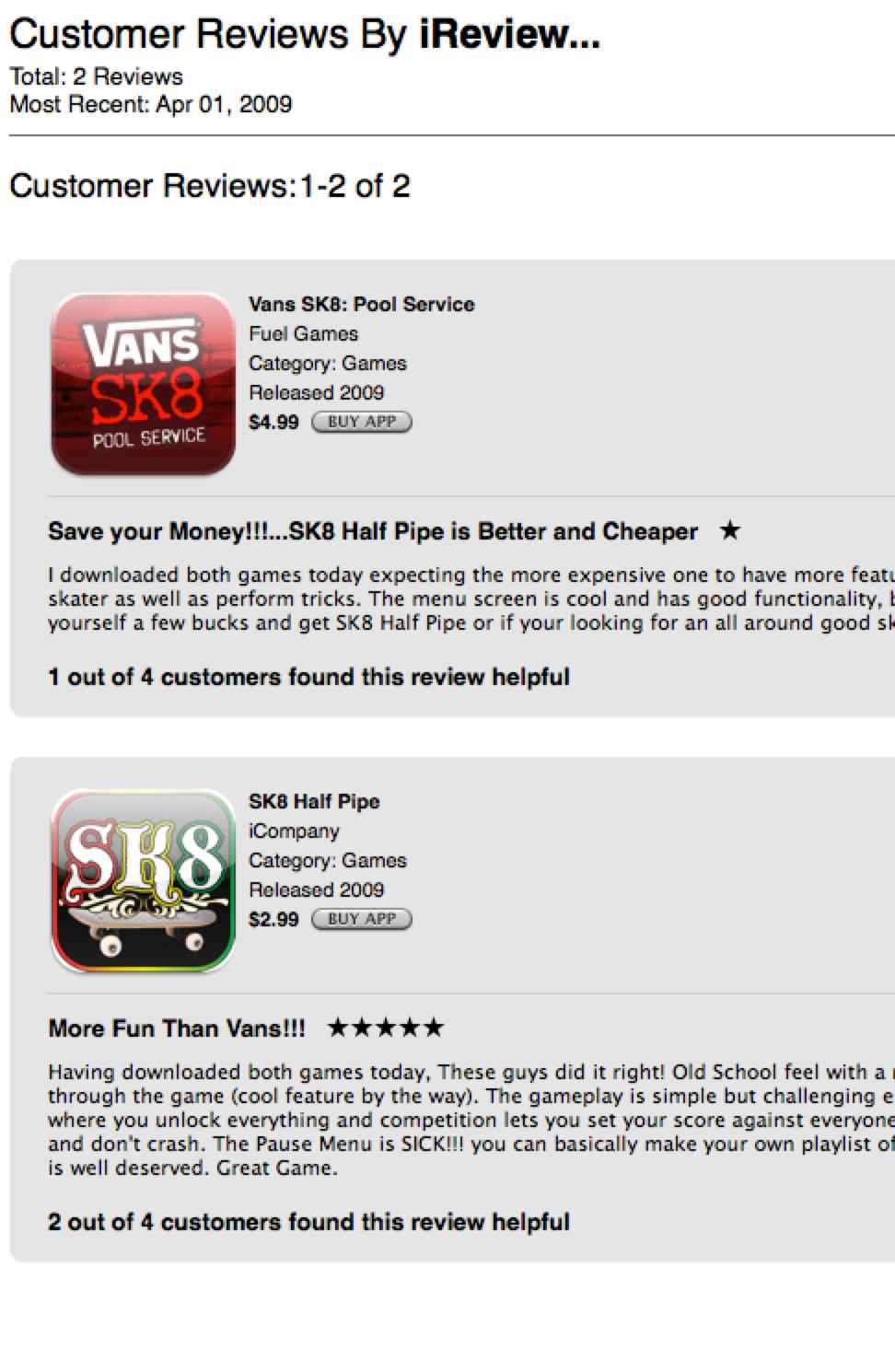