A series of photos has been leaked to iLounge showing two possible new screens for the iPod touch or iPhone. There is a 2.8″ version, and a 3.2″ version. Both sizes would be a reduction from the 3.5″ screen found in the current model.

Despite the photos, iLounge believes there is “zero chance” that the smaller 2.8″ screen would be used in the 3G iPhone expected next week, but considers the possibility that Apple may introduce new form factors in the future. 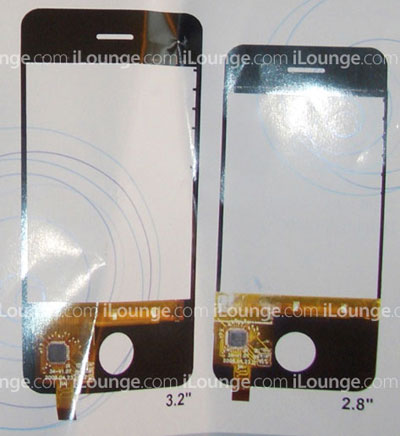