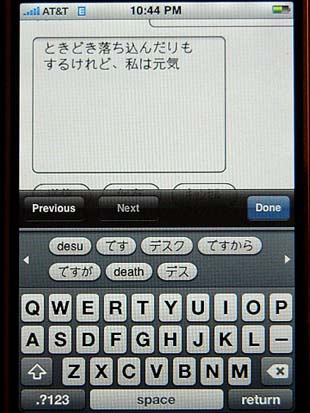 Japanese mobile carrier Softbank Corp. said Wednesday it has a deal with Apple Inc. to sell the iPhone later this year — the first such agreement in Japan for the hit cell phone.

Softbank spokesman Naoki Nakayama said no further details, such as pricing and dates, were available, and he said it’s not clear if the deal is exclusive.

According to Christina at TUAW:

Although not detailed in the press release, I expect that the Japanese iPhone will be very different, internally, from its counterparts from other parts of the world. Not only will the phone have to be W-CDMA (GSM is not deployed in Japan, though some other SoftBank phones are dual-band GSM/W-CDMA for international roaming), there may be other locks tying the phone to the carrier.