Apple on Wednesday released adjacent software updates for the iPhone, iPad, and Mac in the forms of iOS & iPadOS 15.6.1 and macOS Monterey 12.5.1 with important security improvements. 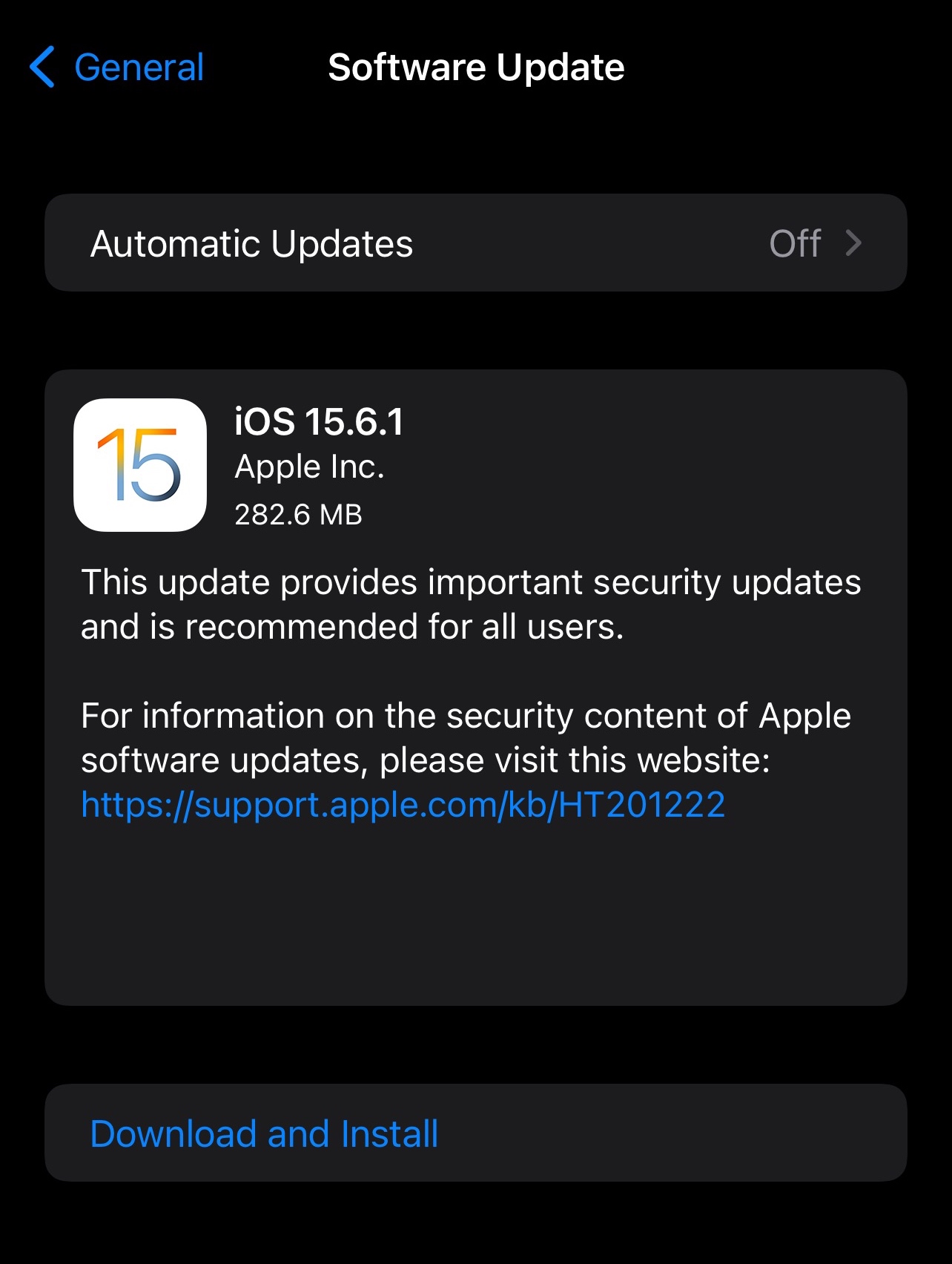 Citing the About the security content of iOS 15.6.1 and iPadOS 15.6.1 document that Apple published online shortly after releasing the software updates, it seems that at least two alarming bugs are now patched and may have been actively exploited in the wild. The same concerns about active exploitation in the wild were echoed by the @ZecOps Twitter account this afternoon.

The Twitter account went on to explain that the bugs may have been used in both one-click and zero-click attacks against individuals, however no known examples have been provided. Still, the idea that such an exploit may have been used by malicious actors raises concern and concretes why the average user should keep their iPhone and iPad software up to date when possible.

No other substantial new features or changes have been reported in iOS or iPadOS 15.6.1.

iOS & iPadOS 15.6.1 can be downloaded for free by heading over to Settings > General > Software Update on the device in question. On a Mac, macOS Monterey 12.5.1 can be installed by navigating to Apple > System Preferences > Software Update.

For what it’s worth, iOS & iPadOS 15.6.1 are likely to be the last software updates for iPhones and iPads before the upcoming iOS & iPadOS 16 are released this Fall. These highly anticipated software updates will bring significant redesigns and new features to Apple’s mobile platforms and have been in beta testing stages for several months.

Have you downloaded and installed the iOS & iPadOS 15.6.1 and macOS Monterey 12.5.1 software updates yet? Let us know why or why not in the comments section down below.