AltStore, a popular piece of software used for sideloading apps on iPhones and iPads, is officially only supported on macOS and Windows. Still, that hasn’t stopped motivated developers from making unofficial Linux-compatible options. 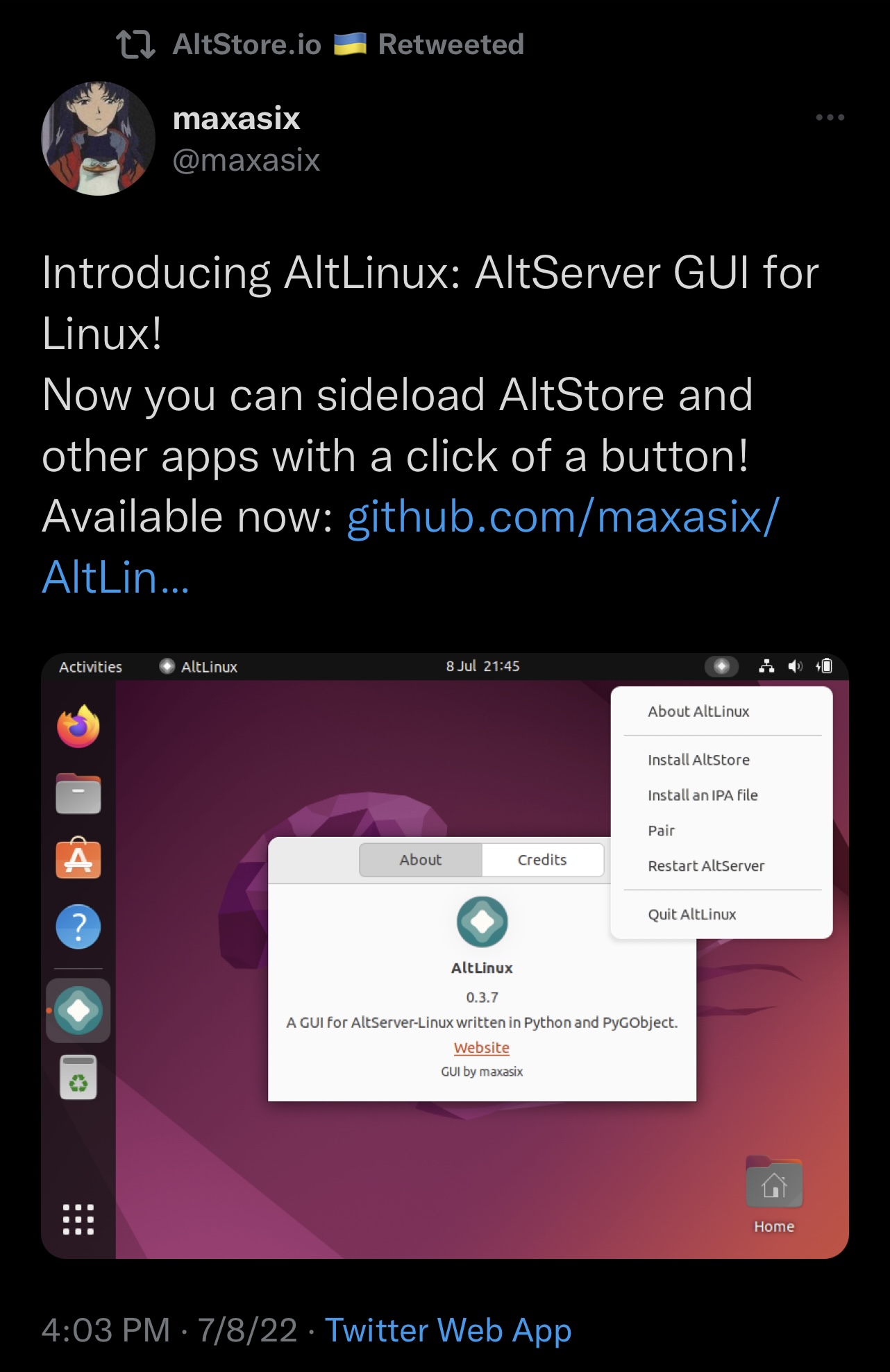 While there have been attempts to bring an AltStore GUI to the Linux operating system in the past, a newly unveiled project by @maxasix certainly appears to be turning some heads.

In a Tweet that was re-Tweeted by the official AltStore account Monday afternoon, @maxasix showed off a functional AltStore GUI with the ability to sideload AltStore and other apps with the click of a button. The Tweet also included a GitHub link to the project, dubbed AltLinux.

Citing the GitHub page, the project is designed to work on Ubuntu 22.04 x64. It provides the end user with high-demand functionality for a Linux GUI including:

The developer credits both NyaMisty and powenn for their efforts that made this work possible. Both of the aforementioned were involved in some way in previous efforts to port AltStore (unofficially) to the Linux platform.

While Linux users who have an interest in sideloading their apps may want to get their hands on this price of software right now, the developer does warn that it’s still in a very early stage of development, so it may be buggy. That said, it may be wise to wait a little longer.

Still, it’s incredibly exciting to see such a useful piece of software being developed for yet another platform.