AltServer and AltStore are a software duet that utilizes free or paid Apple Developer-enabled Apple IDs to sign and install apps outside of the App Store. 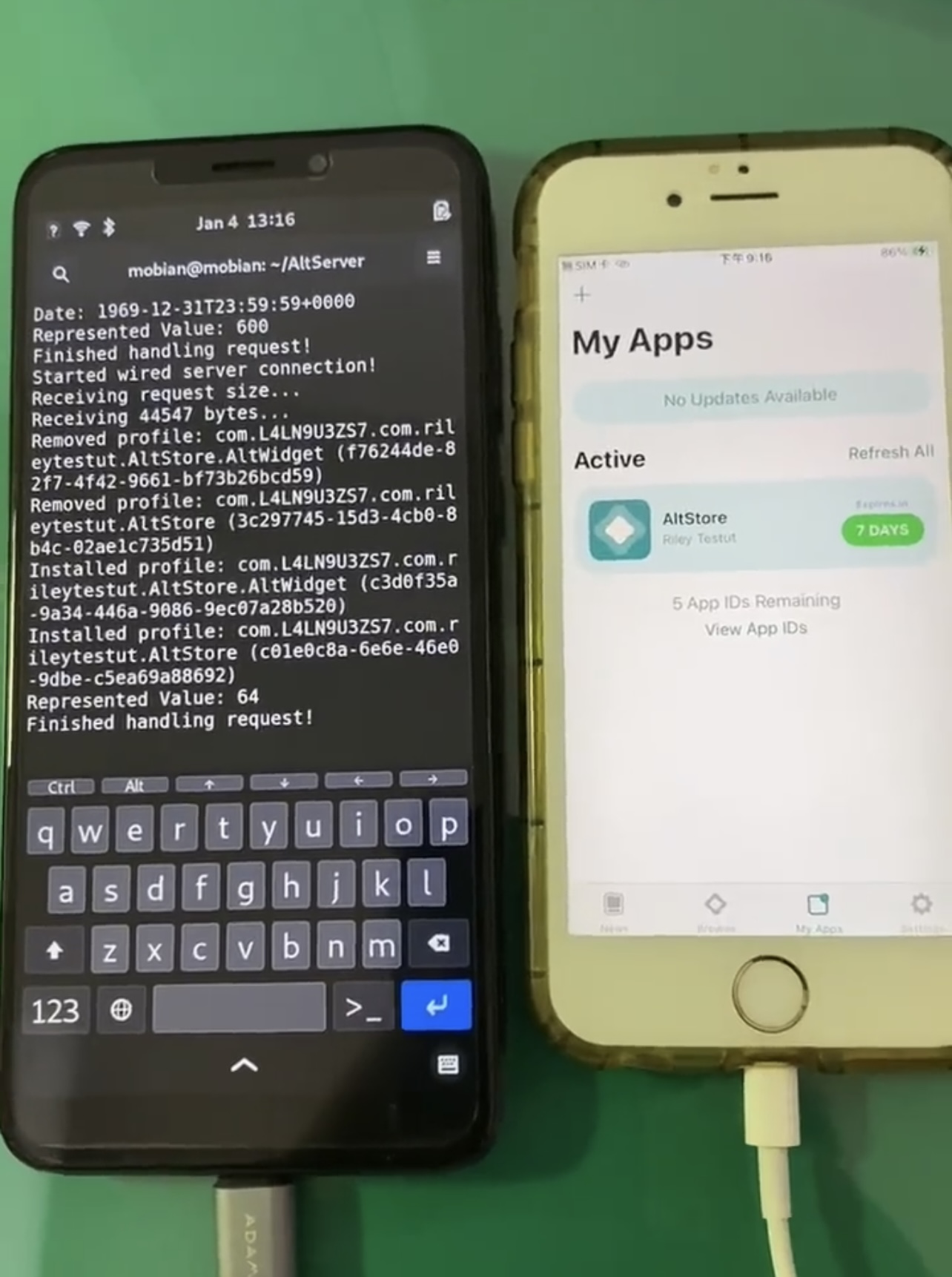 While it only officially supports macOS and Windows per the AltStore website, that hasn’t stopped hobbyists from attempting to incorporate Linux support. Relevant works in progress are actively available on GitHub.

Just this week, Twitter user @powen00hsiao made rounds on /r/jailbreak after claiming to have written scripts that accompany the aforementioned works in progress found on GitHub and make them easier to use.

The same user uploaded multiple videos to YouTube, showing off their scripts being used to install AltStore on an iPhone by using Linux via Debian 11 in a Virtual Machine from a MacBook Pro and Linux via mobian on pinephone:

Worthy of note, the concept of installing AltStore using a Linux machine isn’t new, as the original GitHub project is several months old. The process, however, is more suited for advanced users or developers, not the faint of heart.

What @powen00hsiao’s new scripts do is make the project easier to use, and they’re available on a separate GitHub page.

AltServer and AltStore streamline the process of sideloading apps on iPhones and iPads, however they’re frequently used for installing modern side-loadable jailbreak tools like Taurine and unc0ver.

Does Linux support sound appealing to you? Let us know in the comments section down below.