The App Switcher is, at least in my opinion, one of the most underwhelming interfaces on the iPhone. The full-screen card switcher interface makes such poor use of the expansive screen real estate that it’s no surprise we see so many jailbreak tweaks attempting to fix this.

The latest of such tweaks is one called Vaon by iOS developer atar13, which not only converts the App Switcher from a card-based interface to a grid-based one, but also adds an iOS 14-style battery widget to the bottom.

With Vaon, you can view the battery percentages of your iPhone and any of its connected devices at a glance every time you use the App Switcher:

Just like the native iOS 14 Home Screen widget, this one shows the battery percentages of your iPhone, Apple Watch, and AirPods, along with other pertaining accessories such as the AirPods charging case.

Even though the App Switcher takes on more of a grid-based aesthetic with Vaon, the mechanic of swiping up on app previews remains.

Once installed, Vaon adds a dedicated preference pane to the Settings app where users can configure the tweak to their liking:

Digging deeper into the battery module configuration preference pane, it would seem that the following options are available to end users: 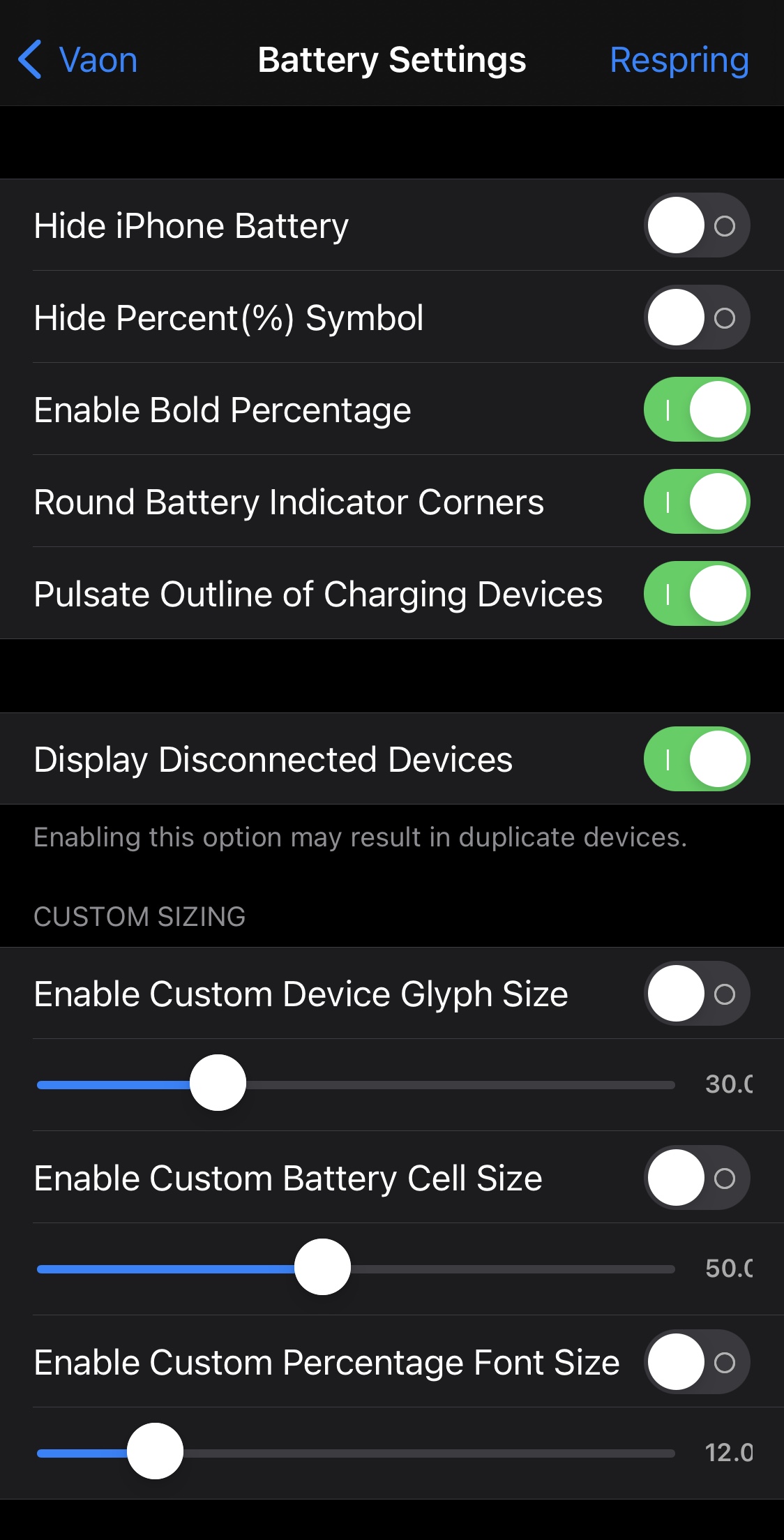 I’m a pretty big fan of Vaon and what it does for the iPhone’s otherwise basic App Switcher, so I’m excited about the tweak being free. Those interested in giving the tweak a try can download it for free from atar13’s repository via their favorite package manager.

If you aren’t already using atar13’s repository, then you can add it to your package manager of choice via the following URL:

Vaon supports jailbroken iOS 14 devices and is open source on the developer’s GitHub page for those interested in learning more about what makes it tick.

What are your thoughts about what Vaon brings to the table for the App Switcher on pwned devices? Let us know in the comments section down below.