As you run your iPhone’s battery far into the danger zone, iOS displays a low power banner to let you know that you should visit a charger as soon as you can.

The low power banner that comes with a stock installation of iOS is particularly barebones, and could do with some spicing up. TitanD3v seems to agree with this sentiment, and a such, a newly released jailbreak tweak dubbed Surge has been conceived.

If you haven’t already caught on, Surge effectively redesigns iOS’ low power banner to make it not only more aesthetically pleasing, but to make it easier to toggle Low Power Mode from the banner as well: 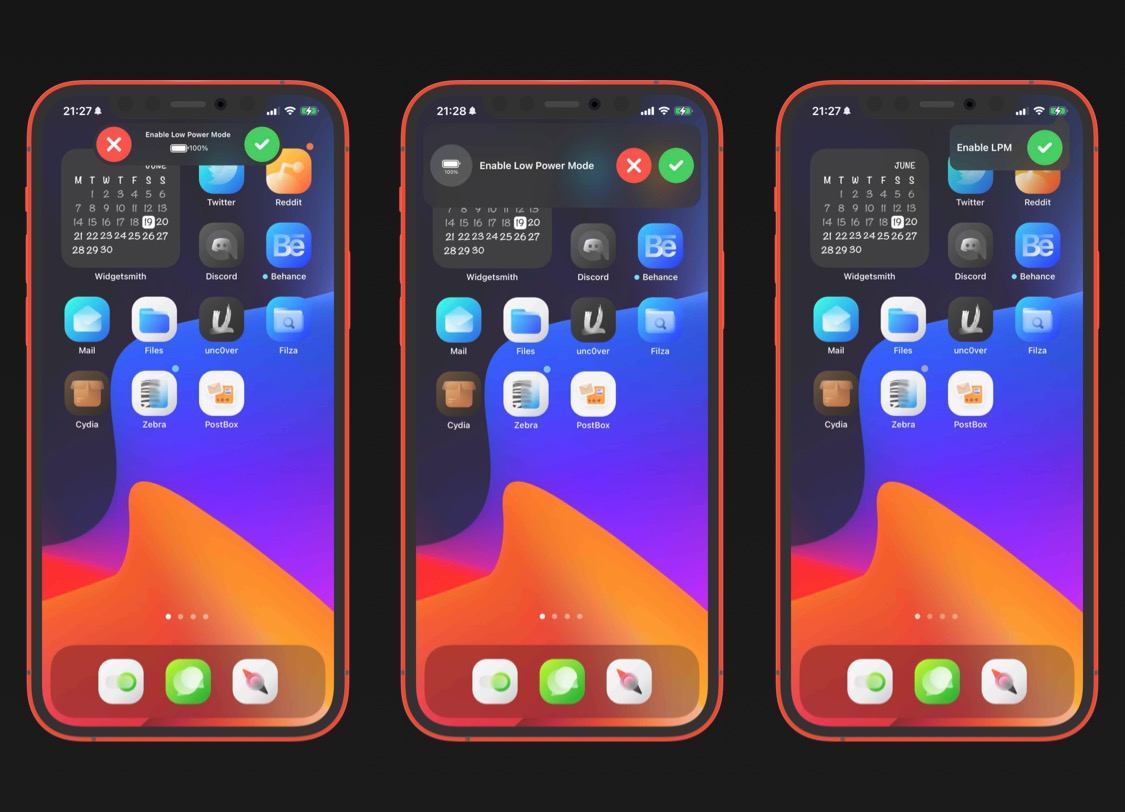 As you can see, there are different interface styles to choose from. If you prefer a banner, then you can have that. Alternatively, pill capsule styles are also available if you’d prefer not to use the traditional banner aesthetic.

For a more fluid demonstration, check out the developer’s demo video below:

Once installed, Surge adds a dedicated preference pane to the Settings app where users can configure the tweak to their liking:

Digging deeper, we’ll show you what you can do on each of the aforementioned preference panes: 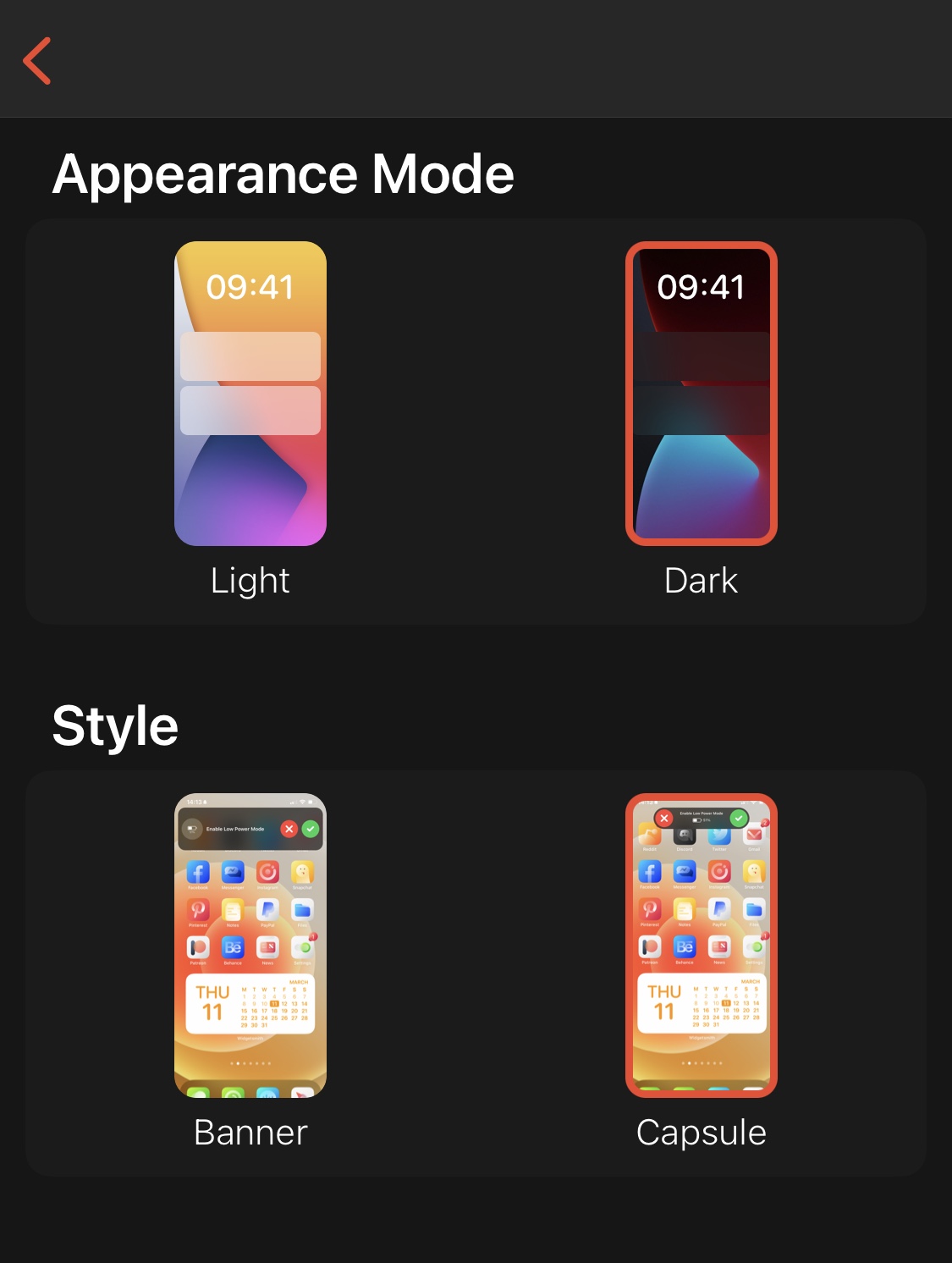 In the appearance preference pane, users can:

In the colors preference pane, users can: 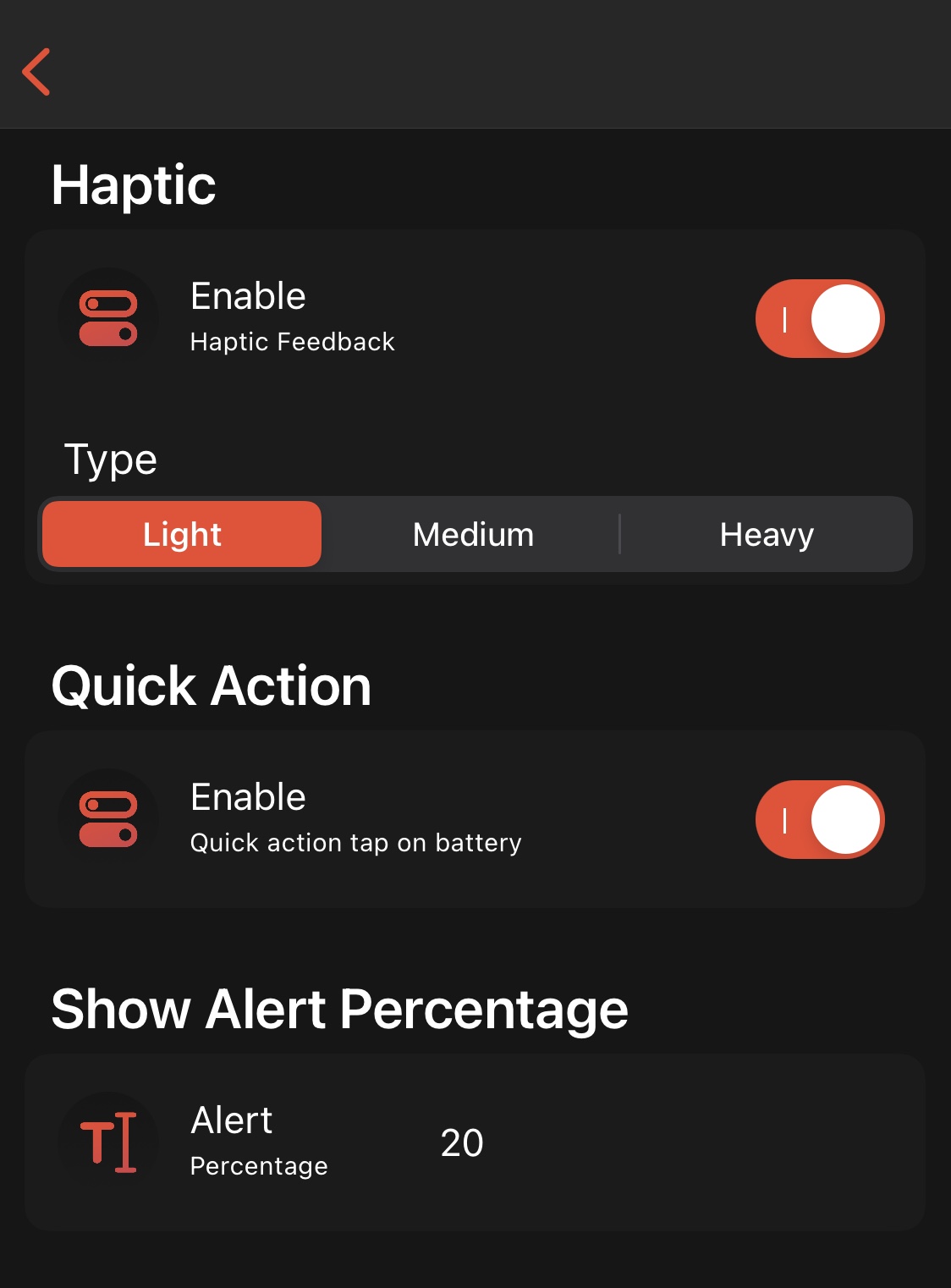 In the miscellaneous preference pane, users can:

If you’re one to let your battery drop below 50% on a regular basis, then you might have something to gain from the new Surge tweak.

Surge is available for $1.00 the Hyperixa repository via any package manager you prefer, and it supports all jailbroken iOS 13 and 14 devices.

If you’re not already using the Hyperixa repository, then you can add it to your package manager of choice via the following URL:

Do you plan to upgrade your low power banner with the Surge tweak, or are you already plenty happy with iOS’ barebones notification banner? Be sure to let us know in the comments section down below.